The intensifying fight over the 2020 presidential election race is having some major impacts on the Republican Party. Conservatives across the nation are coming out and making reports about fraud, dishonesty, and other matters that require legal action and investigations. 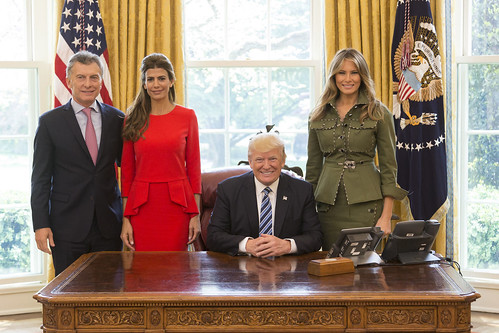 Countless Republicans have stood behind the president and vowed to join him in the fight for an election of integrity. Earlier in the week, Ronna McDaniel, the chairwoman of the Republican National Committee, spoke out. McDaniel stated that “irregularities,” tabulation errors, and more were discovered across the nation. The RNC has since deployed legal teams out to multiple states.

While many Republicans are more than in this fight, others remain silent and are choosing to sit this one out. This has led to criticism from conservatives across the nation and from none other than first son Donald Trump Jr. himself, according to Washington Examiner.

Many right-wingers across the country are ripping into Republicans in Name Only (RINOs) who are sitting on the sidelines as clear election fraud takes place.

On Thursday, Don Jr. spoke at pro-Trump Atlanta press conference about the various instances of illegal votes and more being discovered. During his speech, the eldest first son explained that the GOP “without a backbone” is gone; likewise, Don Jr. also stated that Republicans who fail to fight right now should “go with [the GOP without a backbone.]”

.@DonaldJTrumpJr in #Georgia: The Republican Party without a backbone is gone, and anyone that doesn't fight should go with it pic.twitter.com/3yjCDwIOvx

Not long afterward, he also took to Twitter to rip RINOs. Don Jr. stated that the lack of voice or action from Republicans looking to seek the presidency in 2024 is “pretty amazing.” He then ripped these RINOs for “[cowering] to the media mob” before stating that President Trump will still fight for an honest election with integrity.

In the days since November 3, numerous conservatives have taken to the streets to peacefully protest for a fair election. Scott Presler, Chris Nelson, Rogan O’Handley, and others are working around the clock to ensure that Democrats do not steal the election.

If you think this is all a coincidence you’re an idiot. These are statistical impossibilities. https://t.co/dmnSIJgnC5

Meanwhile, President Trump, the first family, and the Trump re-election team are also meeting with the necessary attorneys to fight clear election fraud. The incumbent president and other Republicans furthermore continue to openly point out irregularities and mathematical impossibilities that are arising as this election plays out.

Do you believe conservatives should expel RINOs who do nothing as the integrity of the 2020 presidential race hangs in the balance? Let us know down below in the comments section.