The outcome of the 2020 presidential election is not clear as of late Wednesday morning. At this time, there seems to be no indication that definitive results will arrive within the period that most Americans would like them to.

Hours ago, President Trump gave a live address from the White House. Trump maintained confidence in winning the 2020 presidential election; he also stated that the involvement of the Supreme Court is not off the table, especially if voter fraud or cheating appears to be present. 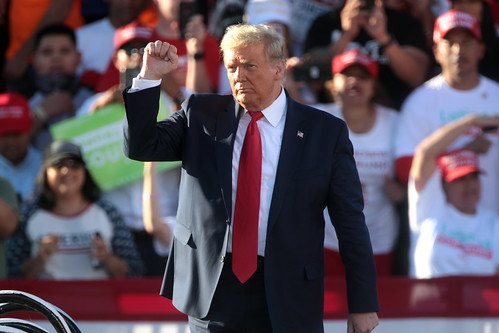 Right now, the Biden campaign is also declaring that they, too, are confident in winning the 2020 presidential election. Breitbart News now confirms that the former vice president and his allies are not too keen on this year’s election being decided by the Supreme Court.

Taking the 2020 Race to the Supreme Court

The likelihood of litigation becoming a factor in the 2020 presidential election is growing. Trump and many of his supporters across the nation have real concerns about the presence of voter fraud. Reports of purposefully delayed voting counts, the counting of ineligible votes and more, are issues that many Americans view as active in this election.

Last night I was leading, often solidly, in many key States, in almost all instances Democrat run & controlled. Then, one by one, they started to magically disappear as surprise ballot dumps were counted. VERY STRANGE, and the “pollsters” got it completely & historically wrong!

Biden’s campaign has already spoken out, stating that they have lawyers on standby if Trump moves to take the election to the Supreme Court. The campaign issued a statement, accusing the president of working to silence and suppress votes. Apparently, the Biden campaign has also raised money in order to shoulder any potential “expensive legal fights.”

If the 2020 presidential election does, in fact, arrive in the Supreme Court, there is a strong likelihood that Trump would prevail; the conservative majority and recent confirmation of Justice Amy Coney Barrett are major factors as talk of the Supreme Court’s involvement in the election continues.

The Latest from President Trump

As of this morning, the 45th president raised various concerns about the integrity of the election and the counting of votes. Trump slammed the arrival of “surprise ballot dumps” suggesting that their manipulation in favor of Biden appears to be underway.

As events continue playing out today, it’s becoming clearer that some time will pass before an official winner of the 2020 presidential election is declared. A recount of ballots and a possible involvement of the Supreme Court will only lengthen the current delay of election results.

Do you believe the Supreme Court will wind up getting involved in the 2020 presidential election? Let us know in the comments section below!