Numerous Americans have concerns about various aspects of Biden’s run for office.

A great abundance of these concerns deal with the former vice president’s policies. Biden hasn’t faltered in his support for the Green New Deal, a ban on fracking, mandatory buybacks, open borders, and putting the economy back on lockdown. 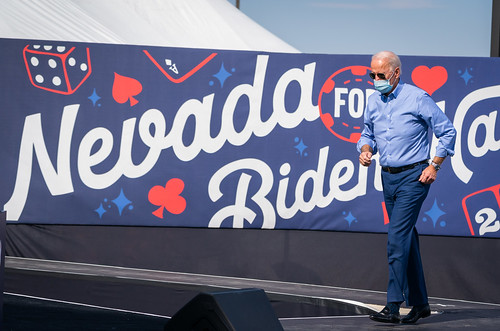 Other Americans worry about the health, or lack thereof, of Biden’s mental faculties. Since seeking the presidency in 2020, Biden has repeatedly made errors about locations, dates, people, names, and places. He’s gotten confused even while reading from teleprompters and had instances where he appeared out of energy while addressing voters.

None of these matters are helped by Biden’s age of 77. According to Washington Examiner, 60% of the nation has some very real apprehensions regarding the Democrat nominee’s age and how this would impact his hypothetical presidency.

Why Biden’s Age is a Significant Factor to the Public

Based upon findings from Washington Examiner/YouGov, 60% of American voters are either extremely or mildly worried about Biden being 77-years-old.

The former vice president is three years older than Trump and the various slip-ups that Biden keeps making while seeking the White House haven’t helped his cause. President Trump and other conservatives routinely draw attention to the areas where Biden messes up and gaffes; however, concerns about the former vice president’s age are not strictly partisan.

After saying he's running for Senate, a confused Joe Biden tells voters to go to https://t.co/TTd1C2F56c, which is not a real website. pic.twitter.com/wYnlQ3AE9E

38% of Democrats believe that Biden could be too up-in-age to become president. Meanwhile, 61% of Independents and 86% of Republicans share this outlook.

The Independent vote is a key bloc for both Trump and Biden; therefore, it doesn’t bode well for the former vice president that more than six in ten Independents don’t think he’s up to lead the nation.

Biden’s campaign has repeatedly attempted to write off his many blunders and errors as not that serious. During an interview with CNN’s Jake Tapper, Jill Biden also refused to answer questions about her gaffe-prone husband.

Didn’t @DrBiden say the “gaffe issue” with @JoeBiden was over, so over? 🤔 So then it actually is a cognitive decline and dementia issue. pic.twitter.com/NwwOsmUw5r

The Biden campaign might not think his gaffes are a big deal, but most Americans do; the Democrat nominee’s age is a concern because it signals a propensity for his mental and cognitive abilities to worsen.

Already, the idea is out there that if Biden wins the election, it will only be a matter of months before his running mate, Kamala Harris, becomes president of the United States.

Do you believe Joe Biden is too old to become the president? Let us know down below in the comments section.