Black gun owners are planning a pro-Second-Amendment march in Oklahoma City on Saturday. The marchers want to stress that African Americans in particular often have their 2nd Amendment infringed upon.

All Americans are welcome to join in and march in solidarity. A few hundred people are expected to attend the peaceful march to the Oklahoma Governor’s Mansion.

One organizer noted that, “As an African American, it’s important to send a message to the governor and president that we aren’t going to allow people to come into our communities and brutalize us. That goes for corrupt police officers, white supremacists and criminals. Criminals have no color. It doesn’t matter if you are a Black man, white man, Asian or Hispanic. If you come into our community, know we are armed.”

That they’re beginning this walk today at the Ralph Ellison Memorial Library…one of my favorite quotes is from Ralph Ellison: “There are few things in the world as dangerous as sleepwalkers.”✊🏾👊🏾 https://t.co/KeGRoTctlS

Marching while openly carrying is legal in Oklahoma 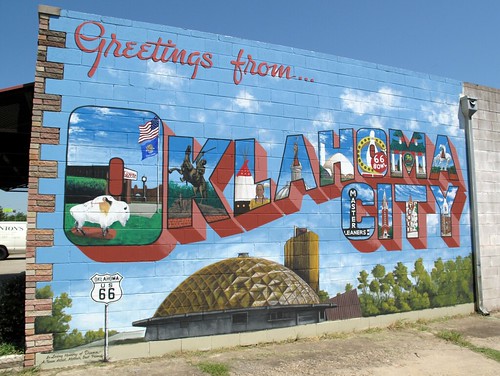 Felons, those suffering from mental illness or anyone convicted of domestic violence are prohibited from carrying a firearm in Oklahoma.

Polls show that 24% of African Americans own guns, compared to 36% of white people and 15% of Hispanics.

Philp Smith is the founder and president of the National African American Gun Association. He notes that blacks with guns are widely viewed with suspicion in America. “Black folks and guns usually get a negative stereotype reaction like: ‘What is that guy doing with a gun?'” He said. “Does law enforcement, or more importantly larger society, view Black men with firearms in a certain way? Let’s have that discussion.”

The march is partly inspired by the racially motivated protests, demonstrations and riots that have spread across the country since the death of George Floyd. The march is also calling for greater accountability for Police in their dealings with the black community.For example, the group is pushing for each law enforcement officer to be covered by liability insurance.

Micheal Washington, one of the march’s organizers says, “This is for the betterment of mankind. We are saying that we should have the right to wear our weapon on our shoulder and the Second Amendment is the way to do that. We have a right to protect ourselves because we are tired of this crap and the United States promoting the killing of African Americans.”

The group is not required to register their march as the rights to free association, assembly, and to bear arms are protected by the Constitution and respected in Oklahoma.