Americans continue to be bombarded with various polls that assert Biden leading President Trump by substantial margins. Top Democrats and other leftists are, of course, claiming that these polls represent an impending loss for President Trump, come Tuesday.

However, there is apparently a minority of folks on the left who know better. Liberal movie filmmaker Michael Moore falls into this category. Moore, who frequently slams President Trump, has also repeatedly warned Democrats against getting complacent in the 2020 presidential election. 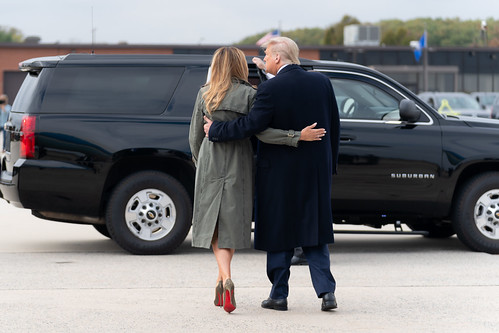 Moore is more than eager for Democrats to win the 2020 race; however, Moore furthermore warns that polls that declare Biden in the lead are inaccurate, due to “undercounted” support and votes for Trump, per Townhall.

The Truth About Polls Showing Biden in the Lead

During an interview with Hill TV, the liberal filmmaker spoke candidly about what he thinks of the heavily-promoted polls showing Trump several points behind Biden.

Moore clearly explained that the aforementioned polls are not “scientific,” nor are they an “accurate count.” He went on to describe that his personal experience as a Michigan resident has led to him arriving at this conclusion about polls and their accuracy.

Continuing, Moore noted that many Trump supporters across the country have reservations about being called and asked who they are voting for. As such, this leads to an underrepresentation of the number of folks supporting and voting for the president in different parts of the country.

Ultimately, Moore stated that the 2020 presidential election is “desperately close.” Immediately afterward, the filmmaker also declared that any leads asserted for Biden should be reduced by 50% for a more accurate perception of the presidential race.

For many pro-Trump Americans, the news that polls are undercounting support for the president doesn’t come as a shock.

As the aforementioned polls are plastered across media headlines, conservatives have pointed to existing grassroots support for President Trump. This support tends to manifest in the form of turnout at the commander-in-chief’s rallies and other political events.

Do you believe that polls which show Biden ahead of Trump are undercounting support for the 45th president? Let us know your opinion in the comments section below!