On July 1, The US-Mexico-Canada (USMCA) trade agreement replaced NAFTA, which had been in place since 1994. This means that President Trump has completed yet another of his main 2016 campaign promises.

🚘 Up to $34 billion in new investment in the U.S. auto industry

BIG wins ahead under #USMCA! pic.twitter.com/diFR7Bl95a

A better deal for American industry and agriculture

As of today, the broken promises of NAFTA are replaced by #USMCA—a state-of-the-art trade agreement for the 21st century!

The President marked the occasion with a statement.

“When I ran for President, I made a solemn promise to the American people that I would end the job-killing failure called the North American Free Trade Agreement (NAFTA) and replace it with a better deal for our workers, farmers, ranchers, and businesses—the men and women of Main Street who built the most prosperous and equitable economy in human history.”

“Today, with NAFTA ending forever and the United States-Mexico-Canada Agreement (USMCA) entering into full force, our grateful Nation pays tribute to America’s workers and celebrates their ability to overcome decades of bad deals and failed policies. The USMCA is the largest, fairest, and most balanced trade agreement ever negotiated and contains innovative provisions to help grow the economy and support American jobs.”

“It is a tremendous victory for our manufacturers and autoworkers, meaning more cars and trucks will be produced in the United States. The USMCA is also a historic breakthrough for American agriculture. Canada will provide greater access for American dairy products, poultry, and eggs, and finally give fair treatment to American-grown wheat. In addition, the USMCA includes groundbreaking provisions to address digital trade, services, small business, and more, which will protect America’s competitive edge in technology and innovation.” 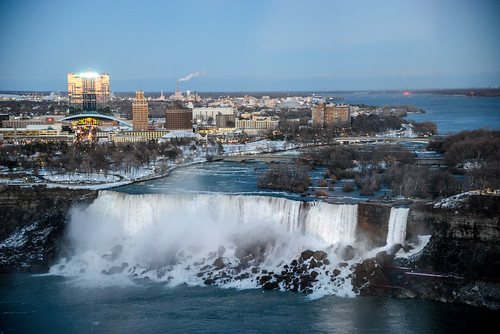 The deal passed Congress with huge, bipartisan majorities. It got through the Senate 98-10 and passed the House 385-41.

Trump thanked Congress, saying, “The strong and overwhelming support the USMCA received from both parties in Congress—as well as from labor unions, business organizations, and champions of agriculture—shows just how much this trade agreement will benefit all Americans. Hundreds of thousands of jobs will be added to the economy. The United States appreciates the efforts of our partners in Mexico and Canada to ensure that North America is strengthening its economic ties while working to combat the coronavirus pandemic. To mark this historic achievement, I look forward to welcoming President Andres Manuel Lopez Obrador of Mexico to the White House on July 8, 2020, to continue our important dialogue on trade, health, and other issues central to our regional prosperity and security.”

The International Trade Commission suggests that the USMCA will create between 176,000 and 589,000 jobs in the USA, particularly in automotive manufacturing. The U.S. Trade Representative’s office believes that the deal will create $34 billion in investment and 76,000 domestic jobs. They add that the USMCA has ended some Canadian restrictions on US dairy, wheat, and wine.