Song Guo Zheng, a researcher and professor of rheumatology at Ohio State University was arrested while trying to fly to China. Zheng was arrested while waiting for a connecting flight to China in Anchorage, Alaska. The FBI has said that Zheng was involved in misusing over $4 million in federal grants to transfer research in immunology and rheumatology to China. Zheng has also made numerous false statements to law enforcement to cover up his activities while working at various US universities, primarily Ohio State. As a flight risk, Zheng is being held without bond.

This is the fourth researcher the US has indicted for stealing #TradeSecrets and technology–and sending them back to #China.

Song Guo Zheng, has been charged with #illegally using over $4M #Dollars in U.S. to help develop China's immunology expertise.

Assistant Attorney General for National Security John C. Demers stated, “Yet again, we are faced with a professor at a U.S. University, who is a member of a Chinese Talent Plan, allegedly and deliberately failing to disclose his relationship with a Chinese university and receipt of funds from the Chinese Government in order to obtain millions of dollars in U.S. grant money designed to benefit the health and well-being of the people of the United States — not to be hijacked to supplement the research goals of the Chinese Communist Party.”

David M. DeVillers, U.S. Attorney for the Southern District of Ohio added, “We allege that Zheng was preparing to flee the country after he learned that his employer had begun an administrative process into whether or not he was complying with rules governing taxpayer-funded grants. This is our office’s third recent case involving the illegal transfer of intellectual property and research to China.”

Arrests of researchers selling out to China are piling up 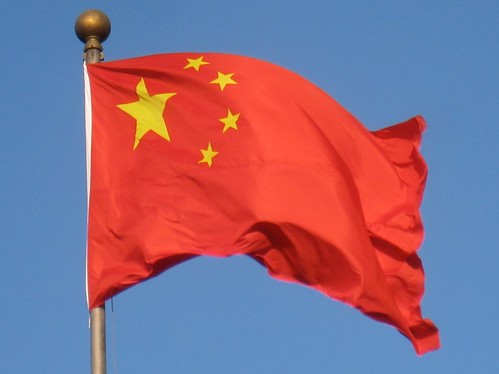 Simon Ang, head professor of the University of Arkansas’s High-Density Electronics Center, was arrested in May for failing to disclose his connections to the Chinese communists when he applied for grants from NASA.

Also in May, Xiao-Jiang Li, a professor at Emory University, was convicted of a felony and sentenced to one year of probation and ordered to pay $35,089 after filing false tax returns in which he failed to disclose over $500,000 earned while working at Chinese universities.

Alan E. Kohler Jr, Assistant Director of the FBI’s Counterintelligence Division, has said, “This case highlights another example of a Chinese Talent Plan member allegedly using U.S. taxpayer funds for the benefit of the Chinese government. According to the criminal complaint, Zheng violated laws concerning the use of federal research funds and did not disclose his employment in China. The FBI will continue to work with our partners to stop such illegal activity and protect U.S. research.”