At this time in our nation, Joe Biden, the Democrat Party, and the mainstream press are ignoring multiple documented instances of election fraud and voter fraud. The left also continues to pretend as if the media chooses who wins elections. 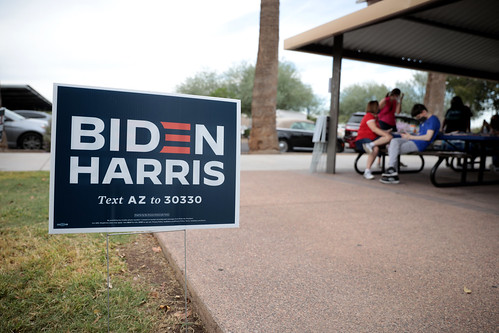 In truth, multiple battleground states across America are counting votes. Meanwhile, litigation is coming today and in the days and weeks ahead; reports of votes from dead individuals, non-residents, etc. are just the tip of the iceberg.

In another example of fraud, many states in the country are using software that has already caused certain votes meant for Trump to be transferred over to Biden.

All of this and much more is why the Trump campaign is suing in the courts. In addition to ignoring instances of election and voter fraud, Biden is already talking about his plans for executive orders in the White House, according to Breitbart News.

Bringing liberal fascism to the nation is a dream for Biden and he’s made this very clear.

Over the weekend, the former vice president professed that his first move in the White House would be to issue sweeping mask mandates for all Americans. Biden’s made clear that his plan to do this involves pressuring governors across the nation and then moving on down to mayors and other local leaders if governors refuse.

I think doing that will actually have a negative and adverse effect on the public’s perception of the mask.

Shoving masks down the nation’s collective throat is only the start of what Biden has planned. By the Democrat presidential candidate’s own admission, he also seeks to lift Trump’s travel restrictions, realign the U.S. with the World Health Organization, slash the Tax Cuts and Jobs Act, and strengthen DACA yet again.

Many conservatives have grave concerns about Biden weaseling his way into the White House, especially amid countless voter fraud reports. However, the election isn’t over yet and Biden has not been officially confirmed as the president-elect.

The elimination of illegal and ineligible votes could very well tip certain states back in the favor of President Trump; the correction of clerical, software, and tabulation errors could also do the same.

SEP: Biden said a national mask mandate would be unconstitutional.

LATER IN SEP: He once again promised the mandate.

OCT: He said only governors could do this.

Since Saturday, numerous conservatives have taken to the streets in protest for a free and fair election. Stopping the steal is more imperative than ever as the Trump campaign gears for multiple lawsuits with serious evidence of voter fraud to show the courts.

What do you think about Biden’s rush to get into the White House? What is your take on his plans to issue sweeping executive orders? We look forward to learning your thoughts in the comments section below!