The Biden campaign continues its endeavors to win over states like Texas, Florida, etc. New polls have shown that President Trump is leading in many swing and battleground states, something that the Biden camp isn’t too happy about.

As the 2020 presidential election plays out, the Democrat nominee has chosen to be vocal about his plans for the nation, should he beat Trump. 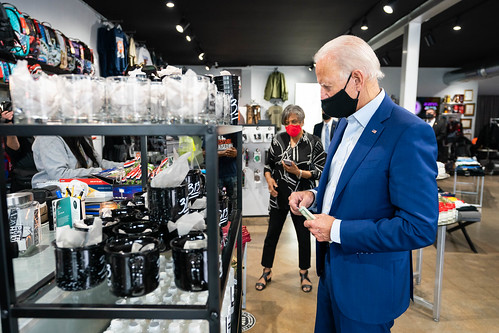 Biden first stated that he’d implement a nationwide mask mandate; he then shifted gears and asserted that the Constitution wouldn’t grant him this power before doing ANOTHER about-face and indicating that he would, in fact, push for a federal mask mandate.

Between the mask mandate, vows to close the country again, and much more, Americans have a very clear picture of where Biden stands policy-wise. Now, according to Florida Governor Ron DeSantis (R), the former vice president shouldn’t expect to win the Sunshine State, notes Fox News.

Why Biden is Unlikely to Win Florida in 2020

Earlier today, Governor DeSantis spoke with Fox & Friends; the Republican governor also did not mince words when explaining why Biden’s policies are incompatible with the Sunshine State.

DeSantis panned Biden’s foreign policy record, along with the latter’s claims that he’d shut down the United States if “the scientists” said doing so was a good idea.

(2/6): The number of COVID+ patients hospitalized in the ICU is down 65% from the July peak

The Florida governor explained that such a move would never go over well in the Sunshine State; shortly thereafter, DeSantis praised President Trump’s record on economic growth and lowering taxes. The Republican then confirmed that, despite rumors to the contrary, there is no conflict between Florida’s campaign and the White House.

Finally, Governor DeSantis explained that the amount of money he’s raised for the president surpasses that of any other governor in the nation.

A Similar Story in Texas?

In recent weeks, Biden’s campaign has bolstered moves to win over the Lone Star State this year.

Yesterday, I met with some of our nation's top experts to discuss how we distribute a safe and effective COVID-19 vaccine. If I win this election, I know that there won't be a minute to waste. I'll get to work on day one implementing an effective distribution plan. pic.twitter.com/GfgSnBwjTQ

Flipping Texas blue is a very, very tall order. The state is home to many conservatives and Republicans who take issue with Biden’s policies. It also doesn’t help that the former vice president is under the control of very radical handlers, such as Kamala Harris, Bernie Sanders, and Alexandria Ocasio-Cortez.

Do you believe that Joe Biden stands a chance of winning states like Florida and Texas in the 2020 presidential election? Be sure to let us know your thoughts in the comments section below!