In less than one week, President Trump and Joe Biden will face off for the very first presidential debate of the 2020 election cycle. Fox News host Chris Wallace, who is known for his criticism of President Trump and Republicans, will moderate the debate.

Trump and Biden will square off in Ohio for precisely 90 minutes. During this time, a series of matters will come up; however, coronavirus and the Supreme Court are expected to be key issues that both candidates answer questions about and challenge one another on. 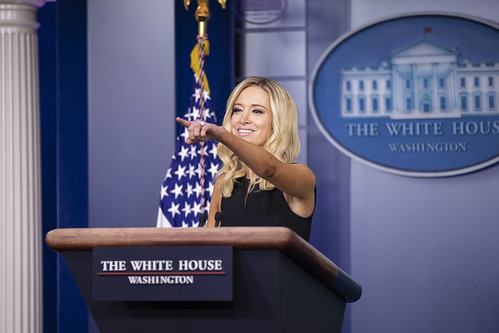 September 29 is precisely six days away and many Americans already have their predictions for how well Biden will manage to hold his own against President Trump.

According to Fox News, though, debate coaches are not betting on the former vice president doing all that well.

What to Know About the Upcoming Trump vs. Biden Debate

In addition to coronavirus and the SCOTUS battle, the president and former vice president will also discuss social unrest in America along with economic recovery post-COVID-19.

Each of these matters are issues where Trump and Biden greatly differ; in fact, the former vice president came under fire for a permissive attitude towards individuals who ripped down statues, looted small businesses, and set cars and building on fire.

I’ve dealt with guys like Donald Trump my whole life.

Guys who look down on you because they’ve got a lot of money.

Guys who think they’re better than you.

Guys who inherited everything they ever got in life — and then squandered it. pic.twitter.com/o4q5M6VuJC

Only after Biden began to absorb hits in the polls did he change his tune and offer an extremely late condemnation of political violence. According to debate coach Brett O’Donnell, Biden has also failed to adequately prepare himself for next week’s presidential debate.

O’Donnell stated earlier this morning that the former vice president is used to be handled “with kid gloves” by the media and has yet to partake in “tough” interviews; therefore, the debate coach believes that Biden’s ability to handle challenging debate questions and pushback from President Trump is presently unknown.

Playing Defense in the Election

O’Donnell is not alone in his assessment of Joe Biden. Like the debate coach, other political pundits have criticized the manner in which the 2020 Democrat nominee has chosen to run his campaign.

Some compared Biden’s campaign style to that of playing defense or pleading the Fifth Amendment. Americans witnessed this on Monday when Biden pushed back against a prevalent outlook that both he and his campaign are under the control of radical socialists.

This election is not just about Democrat vs. Republican. It is about democracy vs. authoritarianism.

The former vice president responded to this by professing to have “beat the socialist” in the primary election; nonetheless, fewer Americans are confident that Biden will beat President Trump in the general election.

How do you think Joe Biden will do during next week’s debate against President Trump? Will you be watching the first general election debate of 2020? Let us know down below in the comments section.