A video of police severely beating a black man was released, causing violent nation-wide protests. The year is 1991 and the black man in question is Rodney King. Tension between the black community and the LAPD had been fueled by police brutality going back at least to the 1965 Watts riots. The Rodney King incident divided the nation. Representatives of law enforcement supported the policemen involved, claiming that they acted in self-defense.

Then senator and chairman of the Judiciary Committee, Joe Biden, was pushing a bill he authored protecting the rights of policemen in such scenarios.

In 3 1/2 years, I’ve done much more for our Black population than Joe Biden has done in 43 years. Actually, he set them back big time with his Crime Bill, which he doesn’t even remember. I’ve done more for Black Americans, in fact, than any President in U.S. history, with…

The bill was called the Police Officer’s Bill of Rights. This was a high point in Biden’s career. Democrats had a majority, and Biden was chairing the Senate committee with jurisdiction over matters of criminal justice. Biden’s bill was designed to streamline all law enforcement misconduct investigations nationwide, establishing a uniform set of national standards.

Biden failed to push his Police Officer’s Bill of Rights through. However, some of its provisions are included in the Biden-Thurmond Violent Crime Control Act of 1991. That bill evolved into Bill Clinton’s divisive 1994 crime bill. 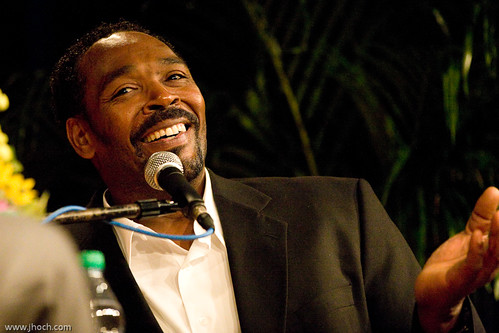 Leftists have criticized Biden’s role in creating the 1994 crime bill, although his current campaign indicates that he plans to do a 180 on many of the provisions included therein. In the 1990s, Biden marketed himself as a progressive senator who was nevertheless tough on crime. In the run-up to Rodney King, Biden offered support to Los Angeles Police Chief Daryl Gates, referring to him as “a leader in the law enforcement profession.”

After the Rodney King incident, Biden, still chairman of the Senate Judiciary Committee, promised to hold a hearing about the violation of King’s civil rights. No evidence of such a hearing taking place can be found.

When the LAPD officers involved in the Rodney King incident were acquitted in 1992, riots broke out in LA resulting in over $1 billion in property damage. The riots caused 63 deaths.

King drowned in his swimming pool in 2012. He was able to afford a pool after successfully suing LA County for nearly $4 million. King’s autopsy found alcohol, PCP, marijuana, and cocaine in his body at the time of death.