It has been a crazy few weeks for the Biden campaign. First, gropey Joe made his priceless ‘if you won’t vote for me, then you ain’t black comment.’ Then, the collective left forgot to virtue signal the need to social distance over a disease that kills fewer people than the flu and started cheerleading violent riots and looting that has spread across the country. Sadly for gropey Joe, the protests were sparked by an event deeply reminiscent of the Rodney King beating. That 1991 event in LA led Biden to contribute heavily to the 1994 crime bill that leftists blame for needlessly handing thousands of blacks lengthy prison terms. When Biden tried to pander to the protesters during a visit to a black church this week, the preacher urged him to atone for the crime bill.

African Americans not buying what Biden is selling

Following on the heels of all this Presidential campaign gold, Rasmussen has published a poll that shows just how conceited and misguided gropey Joe was. But hey, give the guy a break, he is obviously suffering from full-blown dementia.

The poll shows that, despite the outrage over the death of George Floyd, black approval for President Trump’s job performance has surpassed 40%.

Rasmussen has not yet published the full results of the poll, but the preliminary result suggests that the corporate media’s attempt to blame Trump for the riots has fallen flat. White people on TV telling black people who is and who isn’t a racist was probably never a well-thought-out strategy. Nor was gropey Joe’s move to crack a delusional verbal whip to get them to vote for him. 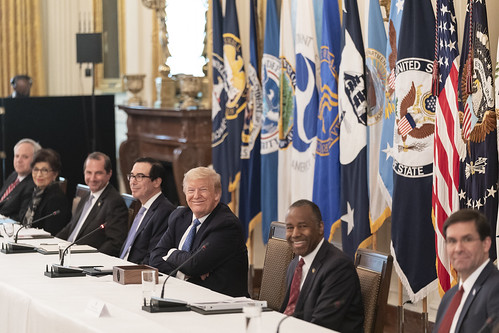 Today Trump proudly announced employment figures that were far better than expected in the wake of the coronavirus epidemic lockdowns. In May the economy enjoyed a record 2.5 million jobs added.
It’s looking increasingly like Democratic governors stuck to lockdowns and support the rioting and looting as part of a larger election season strategy. Luckily, the DOJ is investigating.

Why does the @Rasmussen_Poll poll of Trump now having over 40% black approval surprise anyone?

Law-abiding citizens of every race have had enough.