On late Saturday morning, just about every single major news outlet cited Joe Biden as the next president of the United States.

They made this declaration after calling Pennsylvania for the former vice president; meanwhile, the Commonwealth of Pennsylvania continues to count their votes and is under court orders to separately group any ballots that came in after Tuesday, November 3. 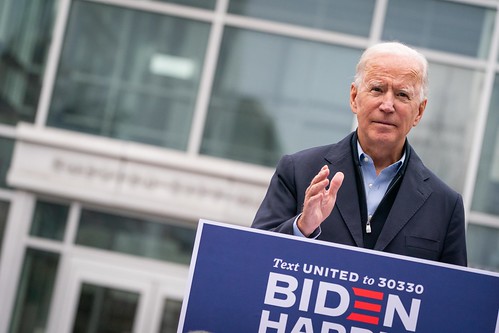 Left-wingers, since the announcement, have taken to the streets in large groups to gather. In a fascinating turn of events, the press is not referring to large swaths of pro-Biden gatherings as “superspreader events” despite the lack of social distancing.

Not only did Biden supporters fail to social distance as they’ve been screaming at everyone else to do, but apparently fistfights broke out at a Wisconsin gathering yesterday, per Breitbart News.

Judging from videos that have surfaced online, it appears that spats at a Biden gathering actually involved supporters clashing with one another, rather than with Trump fans.

In Wisconsin yesterday, two men got into a confrontation when one of them seemingly dropped their cell phone. Apparently, the owner of the phone viewed the other individual as preventing him from retrieving his property; eventually, one thing led to another and blows were traded.

During previous gatherings, Biden’s people have gotten into confrontations with not only one another, but also Trump supporters. In many cases, these confrontations have quickly escalated, prompting the presence of law enforcement officers.

At this time, the likelihood of more clashes between different political groups is very high.

Political rallies in support of both the left and the right remain underway. In numerous cases, liberal and conservative activists have found themselves butting heads with one another, sometimes literally. Left-wing demonstrators have also been known to threaten right-wing and Trump people with violence.

As the Trump campaign’s litigation carries out in the weeks to come, Americans can expect a very heated political climate.

What do you think about the brawls that broke out at yesterday’s Biden gathering? Was this a superspreader event? Let us know down below in the comments section.