Conversations about Joe Biden’s mental health and possible cognitive issues are not new.

These talks are largely prompted by the Democrat nominee’s tendency to misquote things like the Pledge of Allegiance and the Declaration of Independence. Of course, Biden also hasn’t done himself any favors by misremembering the names of world leaders or appearing out of energy while giving public speeches. 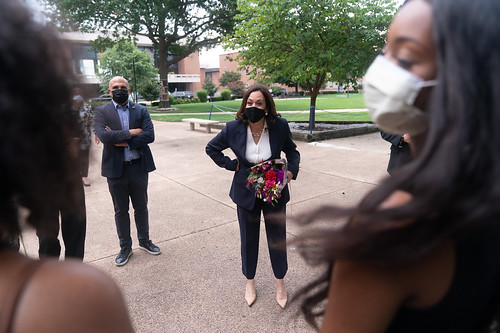 However, a new phenomenon has arisen to prompt even more speculations about whether or not Joe Biden is truly all there. His time spent on the campaign trail is getting shorter and shorter by the day with him calling a lid before it’s even noon.

Washington Examiner explains that these significant reductions in time spent on the trails have led to further speculations about Biden’s health or lack thereof.

The Latest on the Biden Campaign

On several occasions, Biden has cut off interactions with the press as early as 9:30 AM or 10:00 AM. Ducking and dodging questions from the media is now a common pattern for the Democrat nominee, despite him asking the nation to put him in the White House as president.

Putting a lid on his campaign also comes as both Biden and Harris have made the Freudian slip of asserting that a “Harris-Biden administration” will arrive in the Oval Office if Trump doesn’t win the 2020 race. In light of these details, new speculations about whether the former vice president has the ability to compete in a heated presidential election continue to arise.

We can’t repeat this.

How are you organizing & mobilizing?

How are you reaching out to people who didn’t vote?

How are you fighting for the soul of this nation?

Yesterday, GOP Leader Kevin McCarthy admitted that he has concerns about “the number of days” Biden chooses to put a lid on his campaign very early in the mornings. The House Minority Leader also expressed some interest in seeing Biden actually “come out” and make the case for why he wants to become president.

Who is Truly Running the Biden Campaign?

Right now, many Americans are under the impression that Kamala Harris and Biden’s other socialist handlers are the true forces running the Biden campaign.

This week was yet another heart wrenching reminder of our urgent need to reform our justice system from the inside out. pic.twitter.com/xBbQJphlV2

Due to the former vice president’s tendency to lose his train of thought and make repeated flubs, he’s earned a reputation as an “empty vessel” for the radical left to con their way into power. Biden, for his part, has attempted to push back against this narrative; although, in this case, actions speak louder than political talking points.

Why do you think Biden keeps avoiding interactions with the media? Is Kamala Harris in the driver’s seat of the Biden campaign? Let us know what your views are down below in the comments section.