Early on Tuesday morning, a retired black St. Louis police officer, a model citizen and a pillar of society, was murdered by rioters while protecting his friend’s pawn shop from violent rioters. Good luck waiting for blue lives matter protests spreading across the country with liberals and mainstream media cheering their support.

Our highest respect to the family of David Dorn, a Great Police Captain from St. Louis, who was viciously shot and killed by despicable looters last night. We honor our police officers, perhaps more than ever before. Thank you! pic.twitter.com/0ouUpoJEQ4 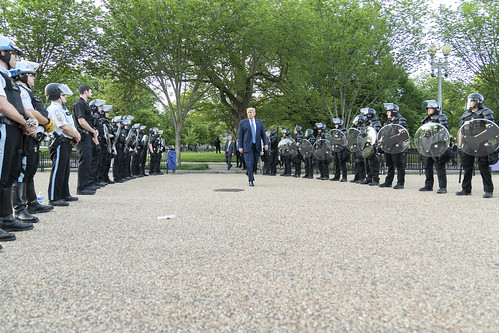 The retired officer, David Dorn, was 77 years old. Rather than the media actually doing their job, it was up to President Trump to inform the nation of Dorn’s murder. Late on Tuesday, Trump tweeted a mournful message on Dorn’s death, long before the nation’s media took up the story. Only the local St. Lous Post-Dispatch beat the president to the story.

As they reported, “A retired St. Louis city police captain was shot and killed outside a north St. Louis pawn shop Tuesday morning amid violence that swept across the city overnight. The shooting happened at 2:38 a.m. at Lee’s Pawn and Jewelry on the 4100 block of Dr. Martin Luther King Drive, near the border of the Vandeventer and The Ville neighborhoods. The St. Louis Metropolitan Police Department said officers arrived to find 77-year-old David Dorn lying on the sidewalk with a gunshot wound to his torso. The pawnshop had been looted, police said.”

St. Louis Police chief John Hayden has said, “David Dorn was a fine captain. Many of us younger officers looked up to him. So very well-liked and very pleasant. And his wife still works here, so a very sad time for our agency. We will honor him.”

#JusticeForDavidDorn
Please use this hashtag!

He deserves Justice too! Let’s help St.Louis find the killer!

He spent his whole life protecting and serving his community and didn’t deserve to die on a sidewalk. #JusticeForDavidDorn
pic.twitter.com/MWVDWRysTX

A few hours after Dorn’s murder, Chris Cuomo at CNN promoted the current state of murderous social anarchy by proclaiming on air, “please show me where it says protesters are supposed to be polite and peaceful.” Shortly thereafter, a reporter at The New York Times struck a similar note, saying, “destroying property, which can be replaced, is not violence.”

About half a day after Dorn’s murder, conservatives had set up a GoFundMe campaign to raise money for Dorn’s family. At least $200 000 has been raised so far.

The campaign was set up by Jack Posobiec, who the likes of CNN and the NYT like to refer to as an “alt-right conspiracy theorist.”

In contrast, Joe Biden supporters have been raising money to bail looters and rioters out of jail.