California Democrat Nancy Pelosi is very much interested in serving another term as Speaker of the House. Earlier this month, the House Speaker informed Congress that she’ll be seeking another term of speakership; this announcement came amid a significant reduction of the majority that Democrats carry in the House of Representatives.

Since Pelosi’s term as speaker, she’s faced immense criticism for her manner of dealing with Republicans amid COVID-19 stimulus package negotiations. 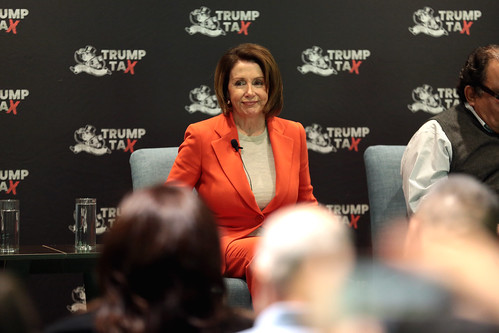 Even Democrats questioned Pelosi’s refusal to compromise and meet the GOP in the middle. Weeks ago, the House Speaker infamously clashed with CNN’s Wolf Blitzer over her unwillingness to work with congressional Republicans.

Now, Newsmax confirms that Pelosi’s bid for a new term as House Speaker is facing opposition from moderate Democrats.

House Rep. Elissa Slotkin, a Democrat, stated this morning that she will not vote for another Pelosi speakership term.

Slotkin opined that Democrats are in need of “new leadership” after informing that she’ll still have conversations with Pelosi. The Michigan representative also noted her uncertainty about whether or not anyone will run against Pelosi for the position of House Speaker.

One thing that could help solve some of the problems we have in Washington: more practical, Midwestern leadership on Capitol Hill. pic.twitter.com/KAxfewJhS8

It appears as though Slotkin’s issues are not mutually exclusive to the notion of Pelosi serving another term as House Speaker. The representatives furthermore expressed that Democrats have a “mushy” brand, with most of the nation not knowing who they are or what the party is about.

The Fall of the House Democrats’ Coalition

House Democrats did not get the blue wave which they eagerly anticipated. All House Republican incumbents kept their seats; meanwhile, multiple Democrats lost their seats, paving the way for a more powerful GOP minority.

Serving the people of #MI08 is the greatest honor of my life, and I am proud to continue to serve you.

Thank you to all those who trusted me with their votes. To those who did not, I am here to serve you, too, as long as I am in office.

Now let's get to work. pic.twitter.com/tZxNhLAouW

Since a disappointing series of House races for the Democrats, moderates and progressives remain caught in an in-party spat. Moderates maintain that progressives are hurting the Democrat base with far-left talking points; meanwhile, progressives believe that moderates are taking lukewarm positions that fail to energize the left-wing base.

Do you think the House of Representatives will ultimately vote against another speakership term for Nancy Pelosi? Let us know down below in the comments section.