The Democrat Party is absolutely terrified of President Trump putting forth a nominee to take the seat of the late Supreme Court Justice Ruth Bader Ginsberg.

Democrats continue to insist that only the next president should choose who fills the vacant seat; although, despite the left’s death threats and calls to torch the U.S. Congress, Republicans are still moving forward to fill Ginsberg’s seat as soon as possible. 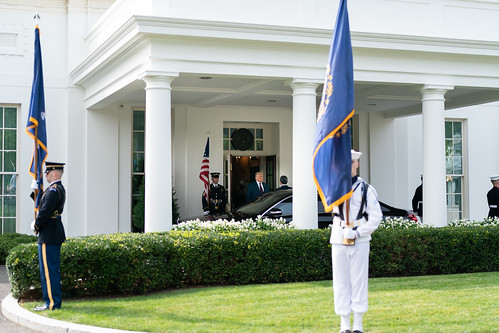 As the left panics, they are now pulling out all the stops to stall any Supreme Court nomination.

Earlier this morning, House Speaker Nancy Pelosi admitted during an interview that impeaching President Trump (or U.S. Attorney General William Barr) as a means of delaying a selection for Ginsberg’s seat is not off the table, confirms Breitbart News.

The Current State of the Democrat Party

Earlier this morning, Speaker of the House Nancy Pelosi interview with ABC’s George Stephanopoulos. During this interview, the ABC News anchor questioned what Democrats plan to do as a means of blocking the GOP from installing a new Supreme Court Justice into Ginsberg’s place.

Pelosi explained that Democrats are facing a challenge, yet still have “arrows in [their] quiver” that she wouldn’t specifically divulge. The speaker then went on to assert that Democrats’ top priorities are shielding Americans from COVID-19 and “[protecting] the integrity of the election.”

Pelosi: "We have our options. We have arrows in our quiver that I’m not about to discuss…" pic.twitter.com/YHLx6j0T13

The California Democrat also declined to rule out the possible impeachment of President Trump or the U.S. attorney general even after Stephanopoulos suggested that Democrats employ these measures as delaying tactics.

Speaker Pelosi finally suggested, without merit, that President Trump won’t accept the outcome of the 2020 presidential election if he loses; however, she made no mention of the reality that it is Democrats, like Hillary Clinton, who are urging Biden not to concede this year’s election under any conditions!

Yesterday, President Trump informed the nation that his pick for Ginsberg’s seat will be a woman. Names like Amy Coney Barrett and Barbara Lagoa have come under; however, these possible selections are not specifically confirmed by President Trump himself.

Do you think Democrats will weaponize impeachment as a means of stopping a conservative majority in the Supreme Court? Let us know down below in the comments section.