Michael J. Myers, a former senator for Pennsylvania has been indicted by a federal grand jury for election fraud. Myers is charged with allegedly participating in a ballot box-stuffing scheme that ran from 2014 to 2016.

The charges against Myers involve bribing and conspiring with the ex-election judge and Democrat Domenick J. DeMuro, who has already pleaded guilty to accepting the bribes as part of the ballot-stuffing scheme while serving as judge. At the time, DeMuro was in charge of overseeing a polling station during voting.

After receiving $ Demuro would add fraudulent votes on the voting machine. At Myers’ direction, Demuro added votes during Election Day, would later falsely certify that the voting machine results were accurate. Myers & Demuro lied about the circumstances to investigators. https://t.co/qWtCgYCItp

Myers is now 77 and DeMuro is 73. DeMuro was paid up to $5,000 per election to rig the outcome for Myers. Myers paid the bribes with money he received from clients as consulting fees. These funds were often paid by candidates running in the relevant elections. The funds were also used to pay off other Election Board officials. Occasionally, Myers would have DeMuro intervene on behalf of a candidate for reasons other than a bribe, political interest, for example. All these details were included in the federal indictment released this week.

Brian C. Rabbit, Acting Assistant Attorney General of the DOJ’s Criminal Division commented, “Free and fair elections are the hallmark of our system of government. The Department of Justice has zero tolerance for corruption of the electoral process, and we will spare no effort in investigating and prosecuting those who would seek an unfair advantage at the polls by bribing state and local officials responsible for ensuring the fairness of our elections.”

US Attorney William M. McSwain said this week, “If only one vote has been illegally rung up or fraudulently stuffed into a ballot box, the integrity of that entire election is undermined . . . Votes are not things to be purchased and democracy is not for sale.”

Myers faced a similar conviction in the 1970s 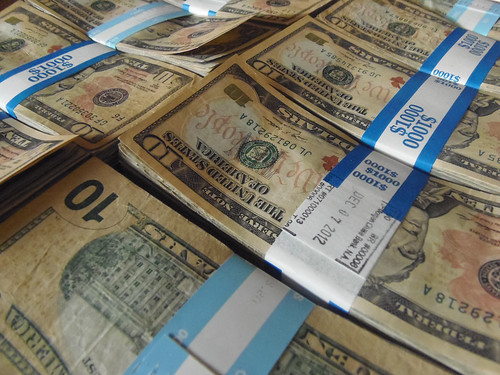 Myers has already been convicted of bribery and conspiracy after falling ‘victim’ to an FBI sting operation in the 1970s. The incident was part of the ‘Abscam’ scandal because the agents were disguised as rich Arab sheikhs.

Myers had been a ward leader and a cargo checker on the Philadelphia waterfront. In that incident, he was recorded complaining a $15,000 bribe was not enough.

The Abscam scandal led Myers to be kicked out of Congress, after which he spent over a year in federal prison, ending in 1985.

Having been convicted, DeMuro can expect up to 15 years in jail when sentenced in September.