Ever since the debunked hysteria about Russia influencing the 2016 election with a couple thousand dollars worth of Facebook ads, the issue of foreign meddling in America’s elections has been front and center. Just because the Russiagate narrative was cooked up, doesn’t mean election meddling never happens. With less than three months until the presidential election, suspicions are flying that foreign powers may try to corrupt our democracy.

Is China trying to undermine the election?

Are they going to use these IDs to influence the election? Fake driver's licenses flooding into US from China, other countries, US says. Nearly 20,000 counterfeit U.S. licenses were seized at Chicago’s O’Hare airport in the first half of 2020, according to a report. #Election2020 pic.twitter.com/eRXWAux8Km

It’s no secret that Trump has turned the pressure up on China by playing hardball in trade negotiations, banning TikTok, shutting down much of their espionage network, and blaming them for COVID-19.

TikTok, a Chinese app run by staunch members of the Chinese Communist Party, intervened in Trump’s Tulsa rally by organizing its users to book tickets for the event, contributing to the low turnout. Like all social networks, TikTok harvests data from its users and sells that data to companies and organizations who use it to predict and shape human behavior. In an effort to keep such data out of Chinese communist hands, Trump has signed an executive order to ban TikTok.

It has emerged that the Chinese government may be trying to influence the November election by sending fake photo IDs to Americans. Customs and Border Protection (CBP) officers at Chicago O’Hare International Airport have discovered around 20,000 fake US driver’s licenses sent to the USA from China this year.

China at least failing to uphold the rule of law 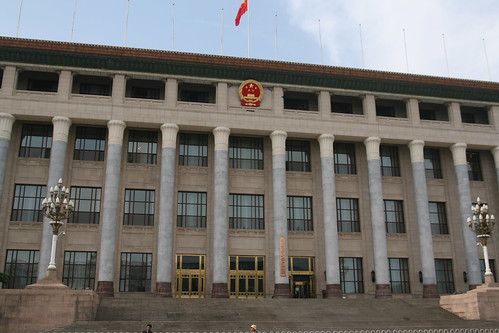 The fake driver’s licenses arriving from China come concealed in packages containing other items. They mostly arrive from China or Hong Kong, but sometimes come by way of South Korea or the UK. The CBP’s Ralph Piccirilli notes, “These counterfeit driver’s licenses can lead to disastrous consequences. “Criminal organizations use these counterfeit I.D.s to avoid attracting attention to their illegal activities.”

The CBP has released a statement saying, “These fraudulent identity documents can lead to identity theft, worksite enforcement, critical infrastructure protection, fraud linked to immigration-related crimes such as human smuggling and human trafficking. These documents can be used by those individuals associated with terrorism to minimize scrutiny from travel screening measures.”

Most of the fake IDs are probably meant for under-age college students to use at bars. However, everything is possible in an election year. If the Chinese government isn’t responsible for the influx of fake IDs, it is at least guilty of allowing them to be produced and shipped, with potential consequences for the integrity of our elections.

Oregon to be Sued by State Business Owners for Property Damage

Biden Not Projected to Fare Well During First Presidential Debate