A popular Twitter account claiming to be run by a queer, Indigenous Arizona State University professor who “died from COVID-19” on Friday was an elaborate false identity hoax. The twitter account, called @sciencing_bi, became renowned in Science Twitter circles, although the professor who was supposed to be behind it never existed at all.

@sciencing_bi had been tweeting about a personal fight with COVID-19 for the past four months. The individual claimed to have been forced to teach in-person at Arizona State University in April. Beginning last week, @sciencing_bi posted about asking for help against COVID misinformation on a COVID survivor Facebook group. The account was known for its extensive tweets about social justice, the professor’s Indigenous heritage as a member of the Hopi tribe, the LGBTQ experience in academia, and the fight with COVID-19.

“Who else is going to tell me that I’m not being strong enough? That the bigger fights are ahead That I have to do better,” McLaughlin tweeted. “Who else is just going to be there to call me out publicly for being soft on NIH and NSF? She wasn’t nice. She was powerful, and she worked so stinking hard.” 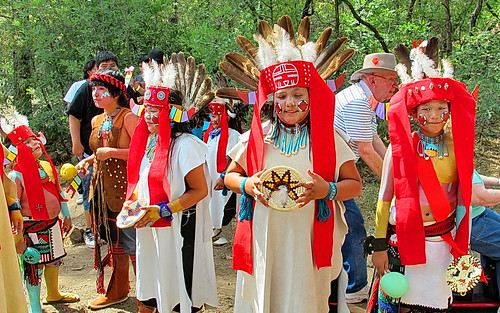 “Unfortunately, this appears to be a hoax. We have been looking into this since this weekend and cannot verify any connection with the university,” an ASU spokesperson said.

“We have been in touch with several deans and faculty members, and no one can identify the account or who might be behind it. Some of the past commentaries this person posted are questionable, such as teaching in April. ASU went fully remote in March. The person also mentioned salary reductions. We have not implemented any salary reductions here,” the spokesperson added. “We also have had no one, such as a family member or friend, report a death to anyone at the university.”

McLaughlin tweeted a memorial message about the @sciencing_bi account, and the account’s Hopi culture: “She said she was supposed to get Hopi talisman for health as gifts for us, but she ran out. The irony of running out of health talisman.”

The Office of the Chairman of the Hopi Tribe, of which the owner of @Sciencing_bi was an alleged member, said that they had not heard of a member who worked as a professor at ASU. Nor had they heard of one who had recently died of COVID-19 there.

People in academia got tricked

Many people in academia were exposed as charlatans since they said that they knew the professor behind the account.

Some irregularities have been brought to my attention. @Sciencing_Bi was an important tweep to many of us, but I did not know her in person. While awaiting clarity, I’ve removed my tweets that are being used as a substantiation I can't confirm. Image shared for transparency. pic.twitter.com/iZEz1lNdM0

Jacquelyn Gill, an associate professor at the University of Maine’s Climate Change Institute, tweeted that “my friend @sciencing_bi passed away yesterday from complications from COVID-19, after a brutal 4-month recovery period. She was not expendable. She was not an acceptable cost of doing business.” Gill later tweeted that she had never met the person behind the account “I’m now convinced @Sciencing_Bi was a fake account,” Gill tweeted. “I’m so sorry to those of you whose trust was violated. Creating a fake pseudonymous account and pretending various marginalized identities is wrong. It’s evil.”

Many in the academic community believe that McLaughlin was actually behind the @sciencing_bi account.