Raising the minimum wage is a measure that Democrats regularly promote as a solution to poverty and wage gaps across various demographics.

At this time, liberals in different leadership positions throughout government are pushing for a federal minimum wage of $15.00 per hour. Critics of this policy warn of the documented negative consequences that typically ensue after minimum wage hikes. 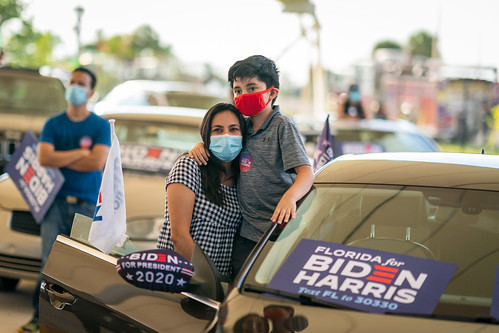 Nonetheless, residents of Florida will have a chance to cast their votes on the measure in November. According to Washington Examiner, raising the Sunshine State’s minimum wage from $8.56 to $15.00 per hour, over a period of time, has strong support from most Florida voters.

The Reality of Raising the Minimum Wage in Florida

Florida’s possible increase of the statewide minimum wage comes with certain caveats. For starters, if voters do decide to take this across the finish line, then September 2021 would mark the starting point for the increase from $8.56 to $15.00.

After September 30, 2021, the minimum wage would progressively increase until the $15.00 per hour threshold is attained in September 2026. After this point, any more minimum wage increases would have to be managed in accordance with yearly inflation.

Through this program, one-on-one counseling will be readily available to those in crisis, ensuring they have the resources and support they need to address their own specific needs, recover fully, and begin to move forward with purpose. See more here: https://t.co/wh8EkpmTOn

Studies show that most Floridians are supportive of increasing the minimum wage. They believe that a statewide minimum wage surge would prompt residents to earn more money and be less dependent on government handouts; however, being aware of all the details is important.

In order to compensate for the additional money being spent, Florida would also increase local and statewide government costs; this could and likely would counteract any potential gains stood to be had from a minimum wage increase in the Sunshine State.

Hospitality jobs also hang in the balance if Florida voters collectively decide to increase the minimum wage. This industry, which has already taken hits due to COVID-19 shutdowns, is projected to lose around 158,000 more jobs if the statewide minimum wage goes up to $15.00 per hour.

What do you think about increasing the statewide minimum wage in Florida? Do you think it’s a good idea or a disaster waiting to happen? Let us know down below in the comments section.