The Georgia Senate race is shaping up to be an interesting run. While there are three candidates in the race (Libertarian Shane Hazel, Republican Sen. David Perdue, and Democrat Jon Ossoff), Perdue and Ossoff are getting the most mainstream attention.

In the second Georgia Senate debate, Perdue and Ossoff sparred with one another yet again. Talk about COVID-19 arose, as did conversations about the appropriate mitigation strategies. 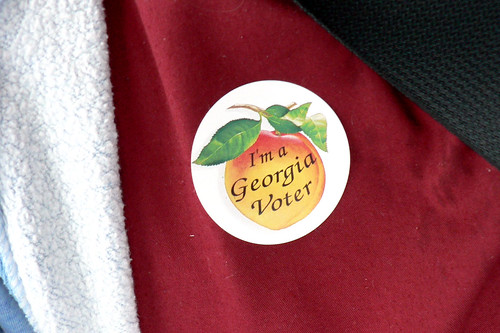 However, the debate quickly went left for Ossoff when Perdue stated that the Democrat’s professional ties to China impair his ability to hold the communist government responsible, per Townhall.

Ossoff has repeatedly gone after Perdue and other Republicans for their manner of addressing and responding to COVID-19; however, what Ossoff has yet to do is personally discuss how he would take on the virus.

Perdue, however, held Ossoff’s feet to the fire during their second debate. The Republican senator informed that the film business of his Democrat rival is partially owned by China, hence creating a conflict of interest for Ossoff to effectively deal with COVID-19.

While Ossoff denied that his company is tied to the Chinese government, Perdue presented documented claims to solidify his claims. The GOP senator, while debating Ossoff, put forth the latter’s financial disclosures, hence proving beyond the shadow of a doubt that Ossoff does, in fact, work for the Chinese government.

The Fight Against Radical Socialism

In and out of debates, Perdue continues to hit Ossoff for the latter’s “radical socialist agenda.” The Georgia Republican has also pointed out Ossoff’s ties to extremely liberal Democrats such as Nancy Pelosi, Chuck Schumer, and Kamala Harris.

Did you forget about this, Jon? @Ossoff #GAsen #gapol pic.twitter.com/xpqSQTXjRN

Ossoff, on the other hand, claims that Perdue’s criticisms are merely distractions. The Georgia Democrat repeatedly accuses his Republican rival of enriching himself at the expense of Georgia residents; what Ossoff hasn’t addressed, though, is his own ties to China and how this would impact his ability to take on COVID-19 as a senator.

The Georgia Democrat also has yet to address the concerns that Perdue and others have about his policies and the things he’d vote for as a senator, should he win the Georgia race. The latest showdown between Perdue and Ossoff furthermore arrives as Republicans across the nation strive to keep the Senate under GOP control.

What do you think about Democrat Jon Ossoff’s ties to the Chinese government? How many other Democrats do you think have similar conflicts of interest? Let us know down below in the comments section.