October 2020 has shone a bigger and brighter spotlight upon the very real issue that is social media censorship.

Earlier this month, a breaking story about Hunter Biden appeared in the New York Post. Almost instantaneously, Facebook and Twitter immediately went to work to prevent this story from being shared. They banned and locked accounts, forcing people to delete posts about this bombshell report before regaining access to their social media pages. 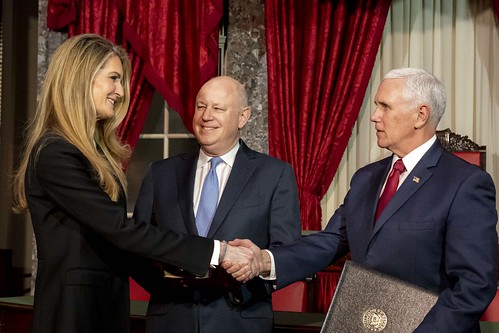 Facebook and Twitter’s outright censorship triggered an enormous backlash from conservatives. Now, Georgia Senator Kelly Loeffler, a Republican, is putting forth legislation that would preserve free speech rights, even when using the internet, confirms Breitbart News.

Sen. Loeffler’s Stop Suppressing Speech Act of 2020 aims to stop giant tech companies from blocking free speech. For quite some time now, companies like Facebook, Twitter, etc., have had the luxury of halting free speech, thanks to terminology in the Communications Decency Act’s Section 230.

The Georgia Republican aims to change all of this, however. If the Stop Suppressing Speech Act of 2020 does render success, then Americans would have legal recourse to sue big tech companies for censoring their First Amendment right to free speech.

A new poll shows us continuing to build strong momentum while @collinsforga is dropping like a rock.

Let’s bring it home for the next two weeks and deliver a big win on Election Day! #gasen #gapol pic.twitter.com/gw2EpRMnxq

In addition to introducing the aforementioned legislation, Sen. Loeffler also contacted the Federal Communications Commission (FCC). In the Georgia Republican’s letter, she called for the FCC to provide specific terms for which big tech companies can enjoy immunity perks from Section 230 in the Communications Decency Act.

A Fair and Balanced Playing Field

In remarks about her proposed legislation, the Georgia senator did not mince words.

Sen. Loeffler clearly stated that the heads of giant tech companies should be held to the same rules and liabilities as the everyday American. Likewise, the Georgia Republican maintains that free speech must be upheld, even online, seeing as it constitutes “the bedrock of American democracy.”

Like @realdonaldtrump, my friend @herschelwalker knows a thing or two about winning. I’m honored to have him on Team Kelly! #GoDawgs

📺 Check out our latest ad! pic.twitter.com/LdI3Y9tldF

Since facing such intense backlash, big tech companies have attempted to conduct damage control. After censoring the spread of the Hunter Biden story, Twitter released a statement, alleging that the censorship happened due to the contents of the story violating Twitter’s terms and services.

Many Americans didn’t buy it, however. Some have even stated that the heads of Facebook and Twitter ought to be summoned to testify before a congressional body.

What do you think about Georgia Sen. Kelly Loeffler’s Stop Suppressing Speech Act of 2020? Be sure to let us know your thoughts in the comments section below.