During last night’s first general election debate of this year, President Trump repeatedly steamrolled Biden. The 45th president held his election opponent accountable for his political history, statements on shutting down the economy, flimsy stance on law and order, and much more. 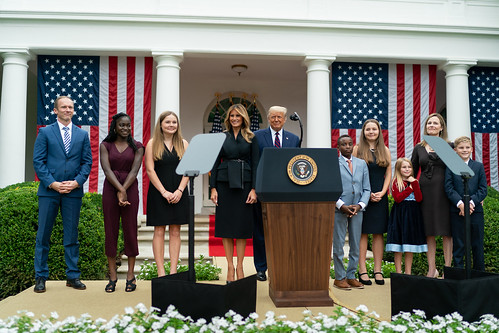 The morning after the debate, numerous polls have come out, showing Trump listed as the winner of last night’s showdown. In fact, Americans believe that Biden did so poorly that the left is now begging him to call off his scheduled participation in two more showdowns against President Trump.

In the wake of a bad night for Joe Biden, his running mate Kamala Harris spoke to the media to try and smooth things over, confirms Townhall.

After last night’s debate, Harris appeared on CBSN to talk about what happened and some of the talking points to come from Biden.

To be precise, a CBSN host asked Biden’s running mate about his refusal to answer whether or not he supports expanding the Supreme Court. The host specifically pointed out that the former vice president dodged the question; however, Harris only picked up from where Biden left off.

Joe Biden refuses to answer questions on whether or not he would pack the Supreme Court#Debates2020 pic.twitter.com/FiOQxlg4PL

According to the California senator, she and Biden are more focused on “the next 35 days” along with “the process” in which Americans are discussing the Supreme Court.

In further refusals to acknowledge whether or not she and Biden support packing the Court, Harris redirected by attacking President Trump and the GOP Senate for the nomination of Judge Amy Coney Barrett.

The Remaining Debates of 2020

The next debate will be of vice presidential candidates Mike Pence and Kamala Harris. Pence and Harris are set to face off against one another in one week from today on October 7.

Following the one and only vice presidential debate, Trump and Biden will meet two more times on October 15 and 22. This, of course, assumes that the Biden campaign sticks by the commitment to have their candidate on the stage with Trump.

After last night’s performance, numerous voices on the left are imploring the former vice president not to put himself out there again. Meanwhile, the Trump campaign is posting various debate clips and polls that show vast majorities of Americans citing the president as the winner.

What do you think about Kamala Harris’ work to do damage control for Joe Biden’s candidacy? Do you believe Biden will show up for his two remaining debates against President Trump? Let us know in the comments section below!