Hillary Clinton has lost her appeal before the US Court of Appeals for the Washington DC Circuit. That means that she has failed to avoid testifying under oath about her email server and the Benghazi incident, in which the US Ambassador to Libya was murdered as a consequence of her policies.

The case in question is Judicial Watch versus Clinton. Judicial Watch, is a non-profit that has been seeking public disclosure of documentation of the Benghazi incident. It involves the 2012 death of US Ambassador J. Christopher Stevens and three other Americans in a terror attack.

While your TV was filled with riots and looting :

6/2/2020 – Hillary Clinton went to court and lost her case regarding the missing emails and will be forced to testify in September. 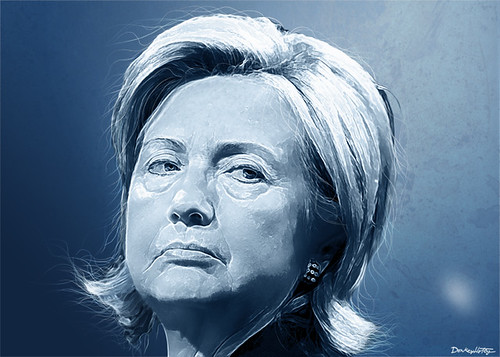 Besides, Judicial Watch has uncovered 756 pages of emails from Hillary Clinton’s unsecured private server. Clinton tried to delete these emails, but luckily, Google keeps a record of everything anyone ever does with its services, so the FBI were able to get ahold of them. Among other things, the emails show that Clinton was receiving classified information from Tony Blair to her personal, unsecured server.

Clinton’s appeal to avoid sworn testimony was based on the baffling argument that she is simply too important to appear in court, and refers to her ‘indisputable right.’

Judicial Watch wants to know why Clinton deleted 33,000 emails from her private server, and why she claimed that they were all ‘personal,’ despite the FBI uncovering 17,000 of them which were related to matters of state. As Clinton has lost her appeal, the case will be heard on September 9.

now Hillary Clinton is finally gonna be made to testify about that secret email she was using while Obama was in office. You gon tell me Obama ain’t a part of this too?? Some of yalls favorite artist sold they soul to the devil a long time ago and it’s gon show soon

On June 2, Clinton’s legal team appealed US District Judge Royce Lamberth order for Clinton to testify, excerpts of which read as follows:

“The Court is not confident that State currently possesses every Clinton email recovered by the FBI; even years after the FBI investigation, the slow trickle of new emails has yet to be explained. For this reason, the Court believes the subpoena would be worthwhile and may even uncover additional previously undisclosed emails. Accordingly, the Court GRANTS this request.”

“The Court GRANTS Judicial Watch’s request to depose Secretary Clinton on matters concerning her reasons for using a private server and her understanding of State’s records management obligations.”

“The Court holds that Secretary Clinton and Ms. Mills [Counselor and Chief of Staff to Hillary Clinton during her whole tenure as United States Secretary of State] cannot be questioned about the underlying actions taken after the Benghazi attack, but they may be questioned about their knowledge of the existence of any emails, documents, or text messages related to the Benghazi attack. Such inquiries would go to the adequacy of the search without expanding the parameters…Accordingly, the Court GRANTS IN PART AND DENIES IN PART this request.”