Amid nationwide conversations about voter fraud and the integrity of the 2020 presidential election, Dominion Voting Systems is very much at the center of things.

This voting software continues to be used for vote counts across the country; this remains ongoing in spite of Dominion’s delivery of Trump votes to Biden in Antrim County, Michigan. 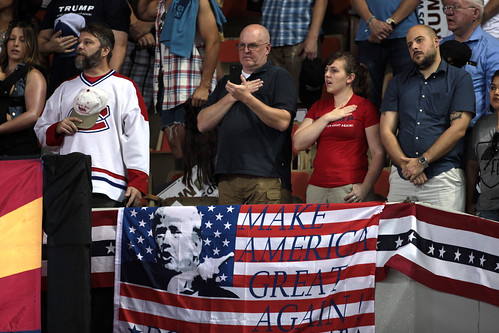 Only after a Michigan county clerk caught this error was it reversed, with Trump’s votes rightfully restored to his column. Following this series of events, it later turned out that Biden’s win of Antrim County was also false, hence restored to President Trump.

Rudy Giuliani, a personal attorney for the president, is now taking a more prominent role in the election legal fight. According to Giuliani, Dominion Voting Systems should no longer be used to count votes in the 2020 presidential election, per Newsmax.

The Case for No Longer Using Dominion Voting Systems

During a sitdown with WABC 770 AM-N.Y, Giuliani explained that Dominion is a foreign machine that has suffered many disqualifications and rejections, due to its lack of security and reliability. Likewise, the Trump legal aide also pointed out that Dominion Voting Systems is a factor in each and every place where Trump and Biden are neck-in-neck with each other.

I look forward to Mayor Giuliani spearheading the legal effort to defend OUR RIGHT to FREE and FAIR ELECTIONS! Rudy Giuliani, Joseph diGenova, Victoria Toensing, Sidney Powell, and Jenna Ellis, a truly great team, added to our other wonderful lawyers and representatives!

Due to the nature of Dominion Voting Systems, Giuliani assured WABC 770 AM that the legal team will take up their concerns with these machines in the courts. Giuliani then noted that Dominion machines in all states need to undergo audits; shortly thereafter, Giuliani vocalized issues with the company’s background.

Per the Trump lawyer, Dominion’s status as a Candianian company is very much a factor in this race. As such, Giuliani argued that it’s irresponsible for the U.S. to have ballots counted by Dominion, especially due to the company’s “[alliance] with Venezuela and China.”

Ultimately, the use of Dominion Voting Systems is something that President Trump’s legal team will have to take up in the courts. With that being said, the incident in Antrim County, Michigan certainly did not do Dominion any favors.

Not allowing observes into counting rooms = DUE PROCESS and EQUAL PROTECTION violations!

If Dominion Voting Systems can give thousands of votes in a county to the wrong candidate, what’s to say this hasn’t also happened in other counties and states? As Giuliani mentioned, multiple states across the nation continue using Dominion to count their votes, despite its faulty and questionable track record.

Americans should expect to hear more about Dominion Voting Systems in the days and weeks to come.

Do you think the U.S. should rely upon Dominion Voting Systems to count ballots? Let us know what you believe down below in the comment section.