On April 20, BHR Partners, a Chinese private equity firm, revised its company records to show that Hunter Biden, son of Joe Biden, is no longer on its board of directors. However, other official records from China show that Hunter Biden still owns a 10% stake in the company through his personal LLC.
Hunter Biden publically promised to give up his board position on or by October 31, 2019. In fact, the change was submitted to China’s National Credit Information Publicity System (NCIPS) over six months later.

The $1.5 billion was in a company that was specially established called Bohai Harvest Rosemont Seneca. The partners were Joe Biden’s son, John Kerry’s stepson, the Bank of China, one-third partner at least, and the Thornton Group. That was owned by Whitey Bulger’s nephew.

23/“In late 2013, Hunter Biden traveled with his father on official business to China, where he introduced the vice president to his partner, Li.” #China

Hunter Biden got his position on the board of BHR while accompanying his father on a state visit to China. Joe Biden has promised that no member of his family ‘would be engaged in any foreign business’ if he becomes president. There is no indication that Hunter Biden is in the process of relinquishing the stake that his company, Skaneateles LLC, holds in BHR.

BHR boasts that it manages the equivalent of $2.1 billion in assets. Hunter Biden joined BHR’s board when the company was founded in 2013. In October 2017, he got an equity stake in the firm thanks to a $420,000 investment.

Hunter Biden and his legal team have been trying to obfuscate his continued ties to the company. Biden’s lawyer, George Mesires, forwarded a very brief letter from BHR CEO Jonathan Li dated April 17, to the Washington Post. The letter says that Hunter Biden “no longer serves as an unpaid director on the board of Bohai Harvest RST (Shanghai) Equity Investment Fund Management Co., Ltd. effective from October 2019.”

Glenn Kessler a Washington Post journalist and the recipient of the letter, tweeted that Hunter Biden’s presence on BHR’s business records with the Chinese government in April could be explained by “an apparently outdated database entry.” 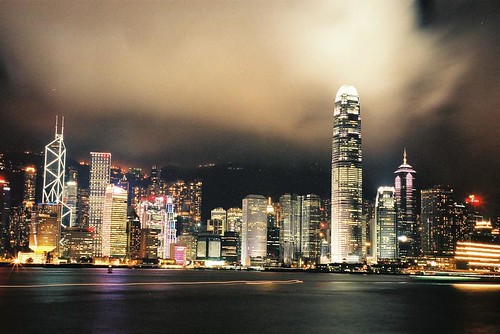 How much did Hunter make in US tax dollars spent in Ukraine?

Hunter Biden has already relinquished his position on the board of the Ukrainian energy company, Burisma Holdings. Burisma is currently under multiple corruption investigations in the Ukraine and in Britain. Hunter got that position shortly after his father spearheaded a change of regime in Ukraine in 2014. Burisma made millions from a US aid program masterminded by one of Joe Biden’s closest aides. In is unclear how much Hunter Biden has made from the business arrangements that his father forged for him when he served as vice president. Hunter Biden was dishonorably discharged from the Navy Reserves for cocaine use and is facing a child support case from a woman in Tennessee.