“Members of China’s People’s Liberation A” (CC BY 2.0) by Asitimes

On Tuesday, FBI Director Christopher Wray warned that China’s intellectual espionage operations is the USA is so grand in scale that China accounts for half of all the FBI’s counterintelligence cases. A new case involving China is opened about every 10 hours.

Wray was speaking at an event at the Hudson Institute in Washington. Wray noted that Chinese intellectual theft in America is “one of the largest transfers of wealth in human history.” It is taking place at the expense of the American people.

"The people of the U.S. are the victims of what amounts to Chinese theft on a scale so massive that it represents one of the largest transfers of wealth in human history. If you are an American adult, it is more likely than not that China has stolen your personal data."-Dir. Wray

We regret to see that FBI Director Wray and others alike are holding US foreign policy hostage. His remarks show disregard for facts and expose his deep-seated Cold War mentality and ideological bias. We firmly reject that. pic.twitter.com/apcC8hAws6

Wray noted that, “Of the nearly 5,000 active FBI counterintelligence cases currently under way across the country, almost half are related to China. And at this very moment, China is working to compromise American health care organizations, pharmaceutical companies and academic institutions conducting essential COVID-19 research.”

China does not only engage in traditional espionage against the state and business. China is also actively stealing the personal information of regular American citizens.

According to Wray, “If you’re an American adult, it is more likely than not that China has stolen your personal data.”

Wray referred to an incident in 2014 when Chinese hackers stole over 21 million records from the US Office of Personnel Management as an example.

Wray went on to highlight how nuanced and complex China’s intelligence gathering is. He noted that the Chinese Communist Party “uses a diverse range of sophisticated techniques, everything from cyber intrusions to corrupting trusted insiders,” and “outright physical theft.”

This is full spectrum espionage: targets include your personal data 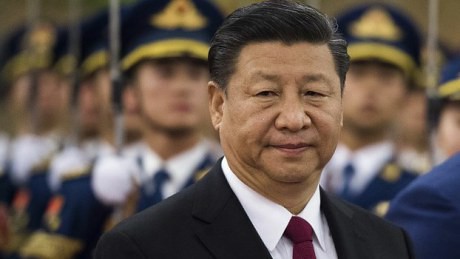 The actors involved are far from limited to traditional espionage bodies. They include “a wide range of actors, including not just Chinese intelligence services, but state-owned enterprises, ostensibly private companies, certain kinds of graduate students and researchers, and a whole variety of other actors working on their behalf.” China monitors Americans’ activity on social media “to identify people with access to our government’s sensitive information and then target those people to try to steal it.”

Wray offered an example of a Chinese operative posing as a hiring agent and offering payment to an American for “consulting services” that involved sensitive data. Luckily, in that case at least, the American reported the Chinese operative to the FBI.

The day before Director Wray spoke, Secretary of State Mike Pompeo announced that the Trump administration is considering a ban on the Chinese social media app TikTok, which is used by China for surveillance and propaganda purposes. India has already banned the app.