Due to the 2020 emergence of COVID-19, shutdowns have become a major factor in this year’s presidential election. The matter of shutdowns came up during the first presidential debate; Trump, in great detail, spoke to the nation about the negative impacts that such closures have imposed upon America.

Increases in domestic violence, mental health issues, divorces, drug abuse, etc., are just the tip of the iceberg; meanwhile, economic and financial consequences also stem from these shutdowns and America isn’t quite out of the woods just yet. 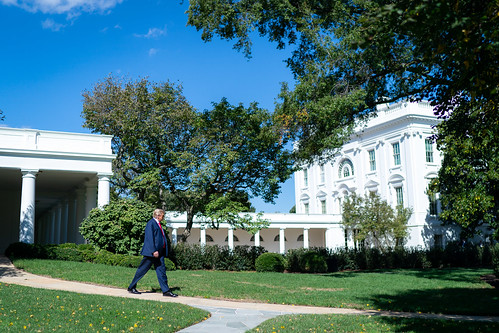 Meanwhile, as all this is happening, Joe Biden has gone on the record, professing in no uncertain times that he’d “shut it down” as president.

Trump ripped Biden for this during last month’s presidential debate, and now, reports from Townhall confirm that most Independent voters are opposed to shutdowns.

Where Independent Voters Stand on Shutting Down the Country (Again)

President Trump’s clear stance against shutting down the nation again is causing him to do well with Independents. According to Lee Carter, a political pollster, Independent voters gave the president’s warning against shutdowns a “B” rating.

During a Fox & Friends interview, Carter also confirmed that Biden hurt his campaign when vowing to “shut it down” if he wins the election. According to the political pollster, Independent voters and other Americans favor safety and protection along with an open and running economy.

President @realDonaldTrump: Joe Biden wants to shut down the country, I want to keep it open#Debates2020 pic.twitter.com/3EDXGIuzcS

It appears that the Trump campaign is fully aware of how deeply unpopular the notion of another shutdown is. In fact, the president’s re-election team has put out ads which criticize Biden for his admission that he’d close the nation again.

While Democrats remain much likelier to favor shutdowns, the vast majority of Republicans and Independents are not on board with this.

At this point in the election race, it is a well-established fact that most Republicans are voting for President Trump and most Democrats are voting for Joe Biden. With that in mind, Independent voters, swing voters, and undecideds are each critical in the 2020 race.

This explains why both Trump and Biden are working to win swing states and expand their appeal to voters who are not always firmly on the side of either major political party.

Do you believe the president can garner support from Independent voters and swing voters in the 2020 election? How will the issue of shutdowns impact the Trump campaign? Be sure to let us know in the comments section below!