According to an OAN study, former vice president Joe Biden is now a criminal suspect in a Ukrainian case involving his son Hunter and Burisma Holdings, a major Ukrainian natural gas producer.

Biden, the Presumptive Democratic presidential candidate, was officially named in a criminal case for the crime of firing former Ukrainian Prosecutor General Viktor Shokin in exchange for withdrawing an investigation into his son Hunter, who was a member of the board at Burisma from 2014 to 2019.

Johnson pushing ahead with Biden-Ukraine-Burisma investigation. That’s why Team Biden is after him: https://t.co/qqjHgBmfI2

Biden charged with corruption in Ukraine

So Biden can overtly withhold money to get a company his kid works for out of hot water, that's fine, but if Trump asks for an investigation into that, while having an administrative hold on funds that didnt actually delay delivery of the funds, and that Ukraine was unaware of…

“Shokin formally called for an investigation into his firing back in February of 2020, claiming the Ukrainian government at the time released Shokin of his post in exchange for one billion dollars in loan guarantees promised by Biden,” reports Chanel Rion of One America News Network. “But at the time Shokin called for this case back in February, the courts named one of the defendants as an ‘unnamed American,’ an individual widely understood to be Joe Biden, Obama’s Ukraine point man. But Biden was never formally named.”

“Now the courts have ruled it is improper to seal Biden’s name and that there is sufficient evidence to proceed with an investigation, the ruling cannot be appealed,” according to OAN.

Burisma, the Ukrainian energy company that gave Biden’s son Hunter a lucrative board position, is also under investigation on corruption charges in Ukraine and the UK. Earlier this year, Ukrainian police intercepted $6 million dollars that were being used to bribe Ukrainian officials to halt their investigation. Hunter Biden got his position shortly after his father spearheaded a regime change in Ukraine, bringing the divided country into an alliance with NATO.

Plenty of skeletons in Biden’s closet 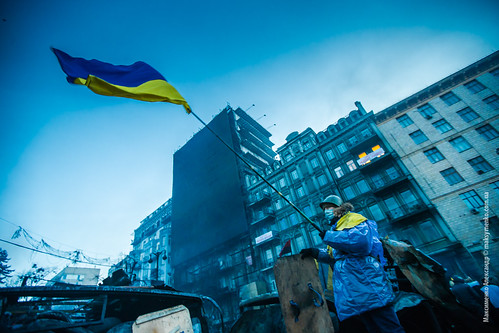 Through his father, Hunter Biden also got a lucrative board position with the Chinese investment firm Bohai Harvest. That deal was cut when Hunter accompanied Joe on a diplomatic trip to Beijing. Although Hunter promised to divest his connections to the company last year, six months later, Chinese state records showed that he was still reaping profits from the company.

Biden’s son is a colorful character, having been dishonorably discharged from the Navy Reserves for cocaine use. He has also recently settled child support claims from a stripper in Arkansas.