At this point in our nation, countless Americans believe that Democrats worked extensively to steal this election. As reports of backdated ballots, votes from dead persons, Trump ballots located in trash bins, voting software errors, etc., surface, Americans are taking to the streets to peacefully protest for an honest and fair election. 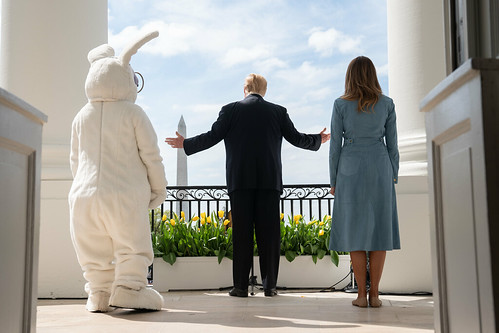 The Trump campaign and Republican Party continue to present example after example of voting irregularities in the 2020 presidential race.

As all this information comes out, Americans are now learning that United States attorney general William Barr has granted federal prosecutors the green light to probe claims of voting irregularities, reports Newsmax.

The attorney general of the United States is not playing games when it comes to the integrity of this election.

Barr recently included in a memo to federal lawyers that they have the green light to review irregularities in the event of “clear and apparently-credible allegations.” The attorney general then stated that federal attorneys can examine claims of fraud that have the ability to sway election results “in an individual state.”

On another note, Barr’s memo cites the importance of evidence in the investigations of election fraud. In a nutshell, reports that have more proof are to be prioritized over reports that lack or do not have as much evidence.

Until litigation and vote counts are finished, Americans will have to wait to learn which candidate is president-elect of the United States.

Preparing Litigation for the Courts

As more and more whistleblowers and others come forward with evidence, reports, and claims of fraud and irregularities, all of this is being gathered and managed accordingly.

Yesterday, the White House held a press conference where Republicans talked about their preparation of litigation to submit before the courts. Republican National Committee chairwoman Ronna McDaniel implored Americans to maintain patience as the work goes on.

The RNC is committed to pursuing every irregularity. Why does this only happen in D run areas? Every American deserves to have faith in our election. https://t.co/1uXgRJXY3D

Several lawsuits remain underway and forthcoming; furthermore, the Republican Party has taken the liberty of sending out legal teams to different battleground states in the nation. Between this preparation and the go-ahead from the U.S. attorney general, the days and weeks ahead are going to get extremely interesting.

What do you think about federal prosecutors being handed the green light to look into voting irregularities? We want to learn your take on the situation in the comments section below!