A series of phone calls between Joe Biden and ex Ukrainian President Petro Poroshenko have been leaked. They explicitly show Biden blackmailing Poroshenko to fire former Ukrainian Prosecutor General Victor Shokin even though Poroshenko clearly says there were no grounds. Shokin was investigating Burisma, a corrupt energy company with Joe Biden’s son Hunter on the board. Biden’s reward for Poroshenko was $1 billion in US loan guarantees. Biden brazenly bragged about this act of illegal blackmail in January, 2018. The calls were leaked by a member of the Ukrainian parliament.

Shokin was investigating Burisma’s founder and former Ukrainian ecology and natural resources minister Mykola Zlochevsky. As minister, Zlochevsky gave his own company, Burisma, permits to extract oil and gas in Ukraine. A year and a half ago Zlochevesky was the subject of five different investigations, for money laundering, corruption, transfering illegal funds, and profiteering as a government official.

Here are the Joe Biden, John Kerry and Petro Poroshenko phone calls that appear to be evidence of a quid pro quo where Biden asks for Ukrainian Prosecutor Shokin (who was investigating Burisma where Hunter Biden worked) to be fired in exchange for a billion $ loan.

In one of the calls, Poroshenko says, “Yesterday I met with General Prosecutor Shokin, and despite of the fact that we didn’t have any corruption charges, we don’t have any information about him doing something wrong . . . I specially asked him to resign. . . he promised to give me the statement on resignation. And one hour ago he bring me the written statement of his resignation. And this is my second step for keeping my promises.”

To which Biden replied: “I agree.”

A month later, in early 2016, Biden says “Tell me that there is a new government and a new Prosecutor General. I am prepared to do a public signing of the commitment for the billion dollars.” 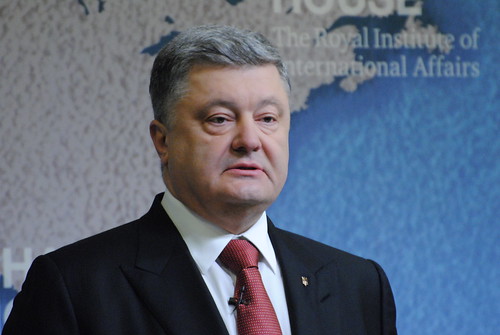 This is exactly the kind of blackmail for which impeachment proceedings were fallaciously initiated against President Trump. As usual, Democrats are guilty of everything that they accuse others of doing.

Shokin’s replacement, Yuriy Lutsenko, later stated in a deposition that Hunter Biden was receiving millions of dollars from Burisma.

Shortly after Shokin was replaced, Biden is heard in the calls saying,

“I’m a man of my word, and now that the new Prosecutor General is in place, we’re ready to move forward to signing that one billion dollar loan guarantee.”

In the call, Biden demands the prosecutor investigating his son be fired & his approved people hired in exchange for $1B.https://t.co/AqrlapJvE5

Shokin filed a criminal complaint against Biden in Kiev this February, in which he describes his investigation against Burisma and the Bidens before stating:

Owing to my firm position on the above-mentioned cases regarding their prompt and objective investigation, which should have resulted in the arrest and the indictment of the guilty parties, Joseph Biden developed a firmly hostile attitude towards me which led him to express in private conversations with senior Ukrainian officials, as well as in his public speeches, a categorical request for my immediate dismissal from the post of Attorney General of Ukraine in exchange for the sum of US $ 1 billion in as a financial guarantee from the United States for the benefit of Ukraine.

A Kiev district court has ordered that Biden be listed as the alleged perpetrator of a crime against Shokin. The order is not open to appeal.