According to Bob Unanue, the CEO of food company Goya, “We’re all truly blessed at the same time to have a leader like President Trump, who is a builder.” Unanue hails from a Hispanic background, yet his support for the president has inspired a boycott of his company from the globalist, neo-Jacobin liberal camp.

Unanue has told the media, “We were part of a commission called the White House Hispanic Prosperity Initiative and they called on us to be there to see how we could help opportunities within the economic and educational realm for prosperity among Hispanics and among the United States.”

By all means, go ahead and boycott Goya. Because a huge financial hit to Goya Foods will definitely make life way worse for the billionaire Unanue family and not at all worse for the 4,000 people who currently work there and are decidedly not billionaires. Mission Accomplished.

Goya continues to work for the prosperity & education of our country! #GOYAGIVES two million pounds of food to food banks across the nation who are in desperate need of food for families impacted by COVID19. pic.twitter.com/ZUdxRUnpBl

America’s Hispanic population is larger than that of any country in the world except for Mexico.

Temper-tantrum liberals who use minorities as instruments to inflate their own sense of self-righteousness are boycotting Goya, America’s largest Hispanic-owned food company. As one of the many signs that Americans are getting sick of the liberal brow-beating, Goya products are flying off the shelves as ordinary people decide to take their burritos with a side of MAGA.

Many of those trying out Goya’s product line for the first time are non-Hispanic Americans lending support to a company whose leadership has the cojones to defy the globalist Jacobins.

Goya has a strong reputation in charity, as it donates heavily to soup kitchens and homeless shelters across America.

Goya CEO refuses to apologize for supporting the president 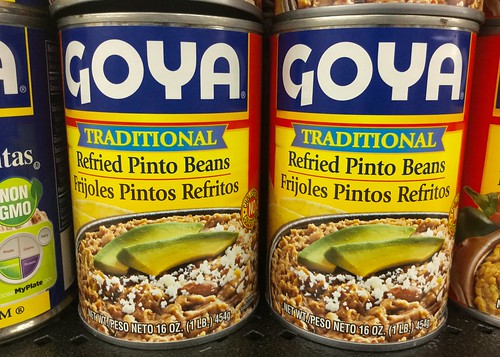 Unanue was speaking at a White House event during which Trump, who must be a racist if bought & paid for shills on network news say so, signed an executive order called the White House Hispanic Prosperity Initiative. The aim is to “improve access by Hispanic Americans to education and economic opportunities.”

The boycott of Goya appears to be at least partly inspired by the company’s competitors, like Uncle Tacos, but, as mentioned, the ploy is failing.

Having previously met Obama at the White House, Unanue called the boycott a “suppression of speech . . . So, you’re allowed to talk good or to praise one president, but you’re not allowed to aid in economic and educational prosperity? And you make a positive comment and all of a sudden, it is not acceptable.” He is refusing to apologize for praising Trump’s economic policy and said he would not turn down future invitations to the Trump White House. Why would he, more liberal tears mean more free advertising.