The Lincoln Project is a Never Trump “conservative” group that routinely attacks President Trump, his family, and his allies while supporting the Democrats. See, Lincoln Project members verbally profess to be conservatives, yet their actions tell a very different story.

As the fate of the United States Senate depends upon an upcoming Georgia runoff race between candidates Raphael Warnock (D) vs Kelly Loeffler (R) and David Perdue (R) vs. Jon Ossoff (D), the Lincoln Project is supporting Warnock and Ossoff. 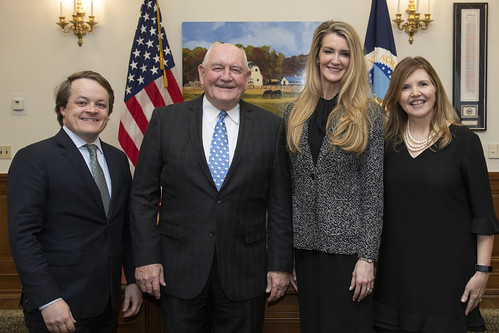 Based on what the nation has seen from the Lincoln Project since its inception, this group’s hatred for the president and anyone who supports him is more than apparent.

Like (other) Democrats, the Lincoln Project is not pleased about President Trump’s refusal to roll over and concede an election that is still transpiring. As votes are being counted and while numerous instances of voter fraud materialize, the president has a team of attorneys working on his behalf.

Seeing as the Lincoln Project supported Joe Biden and other Democrats throughout the 2020 race, they aren’t pleased about Trump’s legal representation. In a since-removed tweet, the anti-Trump “conservative” group published the emails and phone numbers of two Trump legal aides, calling for folks who hate the president to “make [Trump’s attorneys] famous.

The Lincoln Project is so incompetent they can’t even dox people correctly. https://t.co/SxP8LFfDDt

Suffice it to say, doxxing attorneys working for the president quickly prompted backlash from true conservatives. Eventually, even Twitter stepped in and took down the Lincoln Project’s doxxing tweet. The reason for removal cited a violation of Twitter’s terms and services agreement.

Within the GOP, Republicans In Name Only (RINOs) are regularly criticized for claiming to be Republicans while constantly acquiescing to the left and/or failing to uphold conservative policies and principles.

Still not over this.

Why did he post this with a picture of himself? https://t.co/FApgOK0otE

In the eyes of conservatives, however, the Lincoln Project is far beyond RINO status. Some of their latest social media posts comprise attacks against Georgia’s Republican governor, the undermining of whistleblowers’ voter fraud reports, etc.

To date, the Lincoln Project has yet to back a single legitimate conservative or Republican.

What do you think about the Lincoln Project doxxing Trump’s legal aides? Do you believe this group goes beyond RINO status? Let us know your thoughts in the comments section below!