Social media tech giants are no strangers to criticism of online censorship. This censorship is frequently directed towards conservatives, Republicans, and Americans who unapologetically support President Trump.

Right now, platforms like Facebook and Twitter are facing intense scrutiny. Both widely-used social media sites went out of their way to scrub a breaking story about Hunter Biden from their platforms. Individuals who attempted to post about the story were either prevented from doing so or faced account suspensions. 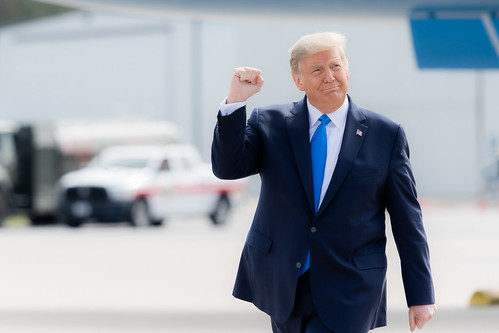 Republicans aren’t happy about this at all. Therefore, the GOP is looking to take legislative action to stop these online platforms from censoring information, especially with the 2020 election being less than three weeks away.

As this happens, breaking reports from Fox News link Facebook and Twitter workers to massive donations sent to the Democrat Party.

Over the course of this year alone, employees working for Facebook and Twitter have sent over 90% of political contributions to Democrats. OpenSecrets.org, a political research group, discovered this at a time where conversations regarding social media bias are at an all-time high.

Reviewing the donations gets even more interesting when breaking it down to percentages from specific platforms. 91.68% of Facebook employees’ federal donations have gone to Democrats while only 8.2% went to Republicans.

“The censorship pressure against the company is about controlling political speech. Right-of-center sites have grown in popularity online as alternatives to mainstream news sites that have become relentlessly and almost uniformly left-wing."https://t.co/ulrXqre1cn

The very clear and present contrast in partisan donations further advances the case that platforms like Facebook and Twitter harbor a negative bias towards conservatives and social media users who support President Trump.

Facebook and Twitter’s decision to censor the story on Hunter Biden has prompted conversations about rigging the election. Many Republicans have serious concerns that the scrubbing of this story from the internet is happening to aid Joe Biden.

“The whole thing is insane but Joe Biden is a corrupt politician. I’ve been saying it for a long time and everybody in Washington knows it and the mainstream media doesn't want to cover it.” –@realDonaldTrump pic.twitter.com/lssJmmbOaN

At this point, making the case that social media giants do not harbor any political bias in favor of Democrats is virtually impossible. Donations from Facebook and Twitter employees indicate anti-Republican bias, as do the reported experiences that conservatives have had with censorship, shadowbans, and the like.

What do you think about Facebook and Twitter employees overwhelmingly donating to Democrats over Republicans? Do you believe these social media platforms are attempting to do Biden a favor in this election? Let us know down below in the comments section.