It appears as though the tide is beginning to turn on mask mandates.

Many Americans have stood up over the past few months and stated that enough is enough when it comes to forced masking; people who take issue with a government that “requires” face coverings maintain that individuals should choose for themselves whether or not they wish to wear a mask. 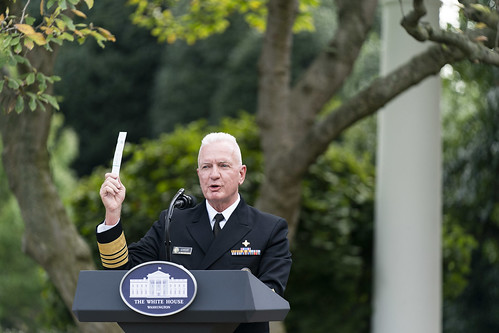 Last month, Florida announced that businesses had the green light to resume operations at full capacity. Likewise, the Sunshine State’s governor declared that Florida will not be shutting down again, nor will state residents be liable for fines if they don’t comply with mask mandates.

Just recently, Americans also learned that Mississippi has completely lifted its mask mandate along with other restrictions on particular gatherings, confirms Fox News.

Mississippi’s statewide mask mandate expired on Wednesday, September 30 at 5:00 PM. Governor Tate Reeves (R) announced that while he wouldn’t extend the previous statewide mask order, he still believes in the efficacy of masks.

In additional remarks, Mississippi’s Republican governor explained that trusting Americans to “make wise decisions” and take care of themselves is important, as opposed to just ramming through one government mandate after the other.

We’re incredibly lucky to have President @realDonaldTrump leading this pandemic response. Our priority has been opening our schools and our economy, and it’s been successful—largely because of strong support from the Trump administration like these game-changing rapid tests. pic.twitter.com/k5yromAcTM

While Mississippi’s statewide mask edict is no longer in effect, certain Mississippi localities have announced that citywide mask mandates will remain in effect. Furthermore, some limitations on both indoor and outdoor gatherings are still active in Mississippi.

Governor Reeves also indicated that if COVID-19 cases surge again in the state, he may reinstitute a statewide face covering mandate.

As more and more Americans tire of orders to wear face masks, pushback is happening both socially and legally.

In September, Florida protesters gathered in a Target, entering in a group and urging people to unmask themselves. The incident rapidly went viral and video footage showed certain shoppers taking off their face coverings and joining the peaceful demonstrators.

A group fed up of mask wearing, marched through a Target in Ft. Lauderdale, FL encouraging shoppers around them to take off their masks as well.

✅Props to them all!!! pic.twitter.com/ZSzKgceb45

Last month also marked a lawsuit against Alabama Governor Kay Ivey, a Republican, and Alabama’s chief health officer. The multiple business owners and state residents suing the Alabama governor maintain that her mask mandate and shutdowns are unconstitutional and harmful to communities.

Ivey is far from the first governor or politician to face a lawsuit due to implementing a mask mandate.

What do you think about the Mississippi governor scrapping the statewide mask mandate? Let us know down below in the comments section.