Mark and Patricia McCloskey rose to fame after protecting their 7-figure St. Louis home from rioters who broke down their gate and trespassed on their property. The two, both lawyers, brandished legally-owned firearms to convince the mob to leave. The Democrats and hard leftists were outraged that the couple took advantage of their constitutional rights and Missouri’s ‘castle doctrine.’ Liberals of the SJW persuasion believe in curtailing gun rights while abolishing the police, seemingly to give their pet rioters free reign over the country.

St. Louis prosecutor Kim Gardner’s political prosecution is in the news for all the wrong reasons.

Missourians should not be targeted for exercising their #2A rights.

As Attorney General I’ll always stand for the rule of law. https://t.co/ATHnlce4lr

Prosecutor manipulating the case as part of her reelection campaign

Despite being entirely within their rights, having harmed no one although they had the legal right to do so, activist St. Louis Prosecutor Kim Gardner is on a crusade to make an example of the McCloskeys for their blasphemy against the BLM anarchist movement. Gardner had their weapons seized and charged them with ‘brandishing.’ Unfortunately for her and her band of merry revolutionary terrorists, Missouri’s Attorney General Eric Schmitt is putting his foot down to end the unjust persecution of the McCloskeys.

The McCloskey’s attorney, Joel Schwartz, had already moved to bar Gardner from pressing charges given her biased, activist past. It has emerged that Gardner has failed to disclose trips she made that were funded by activist groups. She has also received funding from organizations run by George Soros.
Joel Schwartz made a court filing arguing that Gardner should be disqualified from prosecuting the case based on statements she has made that reveal her bias.

The court filing includes an email including some of Gardner’s campaign literature, which reads, “You might be familiar with the story of the couple who brandished guns during a peaceful protest outside of their mansion” and “…President Trump and the Governor are fighting for the two who pointed guns at peaceful citizens…” These statements were used to point readers toward a donation channel for Gardner’s reelection campaign.

Simply put, Schwartz is arguing that Gardener is cooking up the charges to curry support for her own reelection campaign.

Gardner is running against attorney Mary Pat Carl in the Democratic primary next week. The winner is will become the circuit attorney for the next four years. 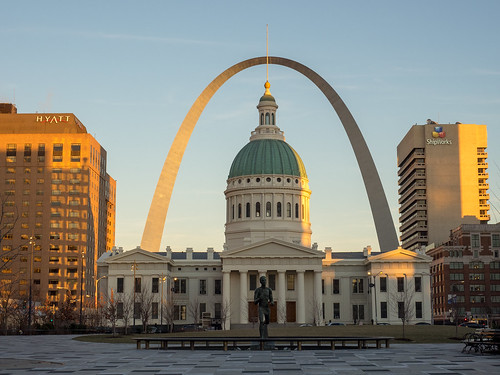 Fortunately, Eric Schmitt’s intervention has protected the McCloskeys legal rights. Meanwhile, the tragicomedy that is the Flynn trial continues in Washington despite blatant evidence that disgraced FBI agent Peter Strzok set a perjury trap for him. The DC Court of Appeals will review the dismissal of his case that it ordered after the DOJ dropped the charges.