Going into the Republican National Convention (RNC) this week, GOP voters have a rosier view of the overall state of the nation as opposed to four years ago than Democrats, a new survey shows.

Republicans say the country is better off than 4 years ago

Seven out of ten GOP voters who said the country is better off than it was in 2016 also replied that getting the Democrats out of power was a key reason for the country’s progress, indicating deep political divisions among the nation’s electorate.

Partly lines tend to determine perceptions of the economy’s health and the efficacy of U.S. coronavirus response. Sixty-seven percent of GOP voters said the economy was in a “good” state, compared to 35 percent of all voters, while 73 percent said the U.S. was in a “good” situation. COVID-19 prevention measures were “going well” compared with 62% of all voters who said “going badly.”

The CBS News survey was conducted with a sample of 2,226 registered voters around the country from 19-21 Aug. The margin of error inside the poll is 2.4 percentage points.

Trump is 10 points ahead of Biden among independents 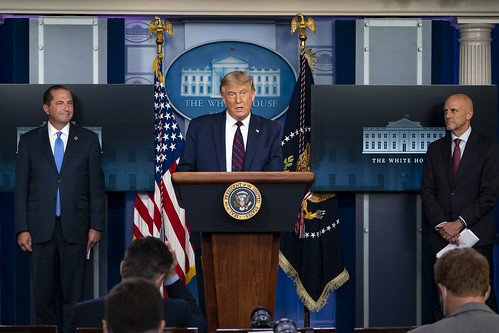 According to the poll, 97 percent of the independents said they would “definitely” or “probably” vote in the November election.  The same percentage described Biden or Trump’s support as “very strong – I’ve decided,” or “strong – I’m not likely to change.”

Overall, Biden has a 10-point advantage over the sitting president, with 52 percent of respondents saying they’d vote for Biden versus 42 percent for Trump.

The poll, which took place between 20 and 22 August, questioned 957 registered voters about their preferences with an error margin of 3.6%.

Trump’s lead among independents has increased since May when a survey by CNBC / Change Research showed the president was leading by nine points among independent voters. Across several swing states, including Arizona, Florida, Michigan, North Carolina, Pennsylvania, and Wisconsin, the May poll also found Trump leading.

A survey released by Rasmussen Reports Monday showed that 51 percent of likely voters said they approved the job Trump is doing, and 47 percent said they disapproved. In early August, Trump also had an approval rating of 51 percent, based on the Rasmussen poll released Aug. 4.