For quite some time now, the political left has waged an anti-police war against the men and women in law enforcement. This begins from the top on down with leftist senators, representatives, and presidential candidates asserting that police officers are systemically racist or brutal. 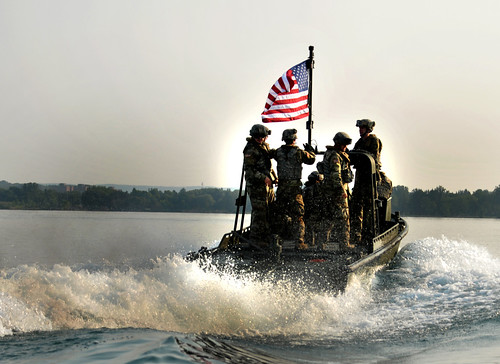 Of course, Black Lives Matter and other radical left groups are running with this baseless narrative, also. Democrat activists continue leading the charge to defund and abolish police; however, cities that go through with this (such as New York City and Minneapolis) are rapidly learning why the presence of law enforcement is so imperative to communities.

Now, information from Fox News shows that the majority of Americans believe that a war on police officers exists in the United States.

Protecting the Men and Women Who Serve America

Per a new survey from Rasmussen, 59% of likely voters in the nation believe that a war on law enforcement exists; furthermore, these likely voters are also in favor of legislation that would deem attacks on police officers as hate crimes.

This newfound data also coincides with a decline in national support for Black Lives Matter. Over the course of this week alone, multiple police officers have faced attacks for no reason and with zero provocation. This caused Democrats, Black Lives Matter, and other groups who collectively demonize law enforcement officers to come under fire.

This female LASD deputy is a hero. She’s helping her partner tend to his wounds while she’s bleeding from the jaw. She was shot in the face.

While most likely voters wish to protect police from attacks, the outlook on this is greatly split according to partisanship. For instance, while 80% of the GOP favors bills that would deem attacks on police officers as hate crimes, only 39% of Democrats agree.

A Reckoning in the United States

Many Americans have noted that the ongoing anti-police sentiment and attacks on law enforcement cannot go on.

Here’s the reaction of an eyewitness to the ambush of two Deputies shot in the head in #Compton. The victims are in the background. No one is going to help them. Vote like your life depends on it. #BlueLivesMatter pic.twitter.com/tE8NH5YZvm

None of it is sustainable, nor does it contribute to a peaceful, productive society. As attacks on police officers surge, many are deciding that the job isn’t worth it anymore. Over the past few weeks, the Atlanta Police Department has reported record numbers of resignations.

Meanwhile, cities that choose to defund their police departments are learning that defunding the police only emboldens criminals.

Do you support legislation that would make attacks on law enforcement a hate crime? Let us know in the comments section down below!