As the 2020 presidential election wraps up, Joe Biden is taking some hits. To say that his campaign is having a rough time is an understatement. Right now, polls show that Biden is behind Trump in Michigan, Texas, Arizona, Florida, and other states.

Even prior to the aforementioned polls, the former vice president landed in hot water for making some questionable statements. His “you ain’t black [if you’re thinking of supporting Trump over me]” remark came back to bite him during a town hall this week.

Lol “ Besides you aint black…” https://t.co/FlDpK0heuY

Furthermore, polls have shown that the nation has concerns about Biden’s age, mental faculties, and ability to carry out even one term as president.

In light of this news, reports broke days ago that Biden would turn to 44th President Barack Obama for help. Now, Washington Examiner confirms that Obama will campaign on behalf of his former vice president next week in Pennsylvania.

What to Expect from the Former President

On Wednesday, October 21, Obama will travel to Philadelphia to push Pennsylvanians to vote for Biden. The former president has already urged the nation to “[vote] like never before for Joe and Kamala” in order to know what the nation stands for.

During Obama’s time in Pennsylvania, he is expected to discuss how electing Biden will supposedly create a more just and fairer society for all. Like previous remarks he’s made, Obama is also expected to criticize President Trump’s response to coronavirus and other matters. 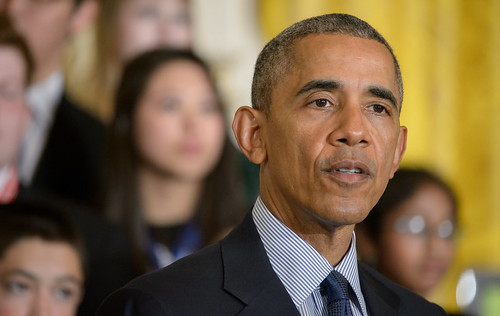 The Biden campaign has indicated their belief that Obama can help them win over votes from Latinos, black men, and young people. Over the past few weeks, the 44th president has engaged in several virtual interviews on behalf of his former running mate.

During the primary segment of the 2020 presidential election, Biden took heat for repeatedly invoking Obama’s name when placed in the hot seat by other then-rivals.

As of today, there are two weeks and three days left until November 3. Right now, the Trump team is campaigning full steam ahead, as Biden appears to be in catch up mode. Furthermore, the matter of having Obama campaign for Biden has maintained as an underlying issue throughout this election cycle.

We have the opportunity to elect a leader who will unify this nation. And that leader is @JoeBiden. We don't have a moment to waste. https://t.co/Q2RbOQZwv9 pic.twitter.com/rau5qvJyZf

Some Americans questioned Obama’s decision to only endorse Biden after virtually every other candidate dropped out of the 2020 primary race. Before that time, reports surfaced that Obama, in private, urged Biden not to run for president.

Do you think bringing Obama out on the campaign trails will be enough to save Joe Biden’s struggling presidential campaign? Let us know down below in the comments section.