Senator Rand Paul has come out saying that former President Obama opposed a Republican-led investigation into corruption involving Joe Biden’s son Hunter because it would reflect poorly on the Obama investigation. Senate Homeland Security Committee Chairman Senator Ron Johnson is leading an investigation into Hunter Biden’s role on the board of shady Ukrainian energy firm Burisma.

Hunter was awarded the lucrative board position after his father, as Vice President, helped spend $5 billion to overthrow Ukrainian President Viktor Yanukovich. Hunter has no expertise in Ukraine or in the energy industry. Anita Breckenridge, acting as a representative of Barack Obama, has complained that the investigation lends credibility to Russian disinformation. How an investigation which has not been completed can lend credibility to anything is unclear. The purpose of the investigation is to separate allegation from fact.

Joe Biden brags about how he threatened to pull $1 billion in loan guarantees from Ukraine if it didn’t immediately fire Prosecutor General Viktor Shokin.

The prosecutor, who was fired, was leading a corruption investigation into a company that employed Biden's son, Hunter pic.twitter.com/xZd3vIMbuL

Obama should be concerned because his administration is implicated in a criminal act analogous to that upon which the Trump impeachment debacle was based. Joe Biden boasted in a widely available video of having blackmailed the Ukrainian government into firing a prosecutor who was investigating Burisma while his son was on the board. Biden threatened to withhold US aid, the exact fallacious charge for which President Trump was accused, in that instance, unless Ukraine agreed to investigate the Bidens.

Trump did not withhold aid, and investigations into the Bidens’ misdeeds have been initiated both in Ukraine and in the USA in the time since. Obama himself is implicated in Biden’s act of blackmail because Biden could not have confidently threatened to withhold the aid unless the President agreed. Obama got away with the very crime for which the Democrats wrongly tried to impeach Trump.

In a desperate attempt to cover his tracks, Obama’s office privately complained that the new US investigation into the Bidens must stop because it would shift the focus on 2016 election interference from Russia to Ukraine.

This raises the question of what prevented the US National Archives from releasing the related documents by the deadline. 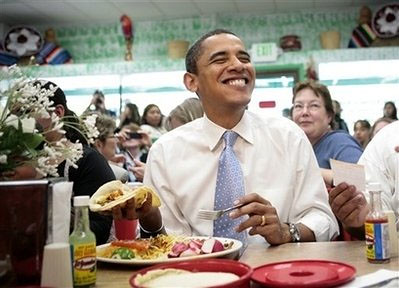