The Ohio Board of Pharmacy has abandoned its prohibition on the sale of hydroxychloroquine in the state. Republican Governor Mike DeWine had pushed for the move.

This is a step in the right direction. We cannot allow the continued politicization of medicine. pic.twitter.com/u1gmFgvGlx

DeWine has said, “I agree with the statement from Dr. Steven Hahn, Commissioner of the Food and Drug Administration, that the decision about prescribing hydroxychloroquine to treat COVID-19 should be between a doctor and a patient. Therefore, I am asking the Ohio Board of Pharmacy to halt their new rule prohibiting the selling or dispensing of hydroxychloroquine or chloroquine for the treatment or prevention of COVID-19.”

DeWine continued, “The Board of Pharmacy and the State Medical Board of Ohio should revisit the issue, listen to the best medical science, and open the process up for comment and testimony from experts.”

The state has announced, “As a result of the feedback received by the medical and patient community and at the request of Governor DeWine, the State of Ohio Board of Pharmacy has withdrawn proposed rule 4729:5-5-21 of the Administrative Code. Therefore, prohibitions on the prescribing of chloroquine and hydroxychloroquine in Ohio for the treatment of COVID-19 will not take effect at this time.”

Hydroxychloroquine has been controversial after the president expressed enthusiasm for the effectiveness of the drug early on in the coronavirus pandemic. His opponents jumped on the endorsement as a chance to contradict and undermine the president. Meanwhile, huge profits are at stake with the pharmaceutical industry racing to cash in on coronavirus vaccines and treatments.

Hydroxychloroquine is cheap and highly effective, especially when taken with zinc.

The FDA had a warning on the drug as it may pose a danger of liver and kidney damage when used to treat conditions over extended periods, months or years. The warning does not apply to COVID-19 treatment, which does not last for more than a few days. 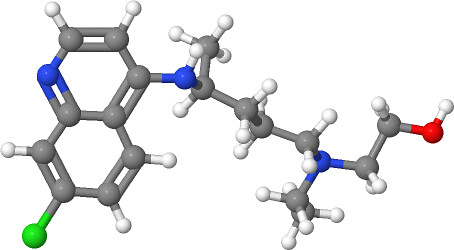 “Hydroxychloroquine molecule” (CC BY 2.0) by ChiralJon

Suspiciously, doctors advocating the drug have been fired from their jobs over the issue, and many social media posts advocating it have been taken down by the self-appointed censors.

Facebook, YouTube, and Twitter have removed a Breitbart video covering a press conference of frontline doctors and the Tea Party in which doctors experienced in the issue advocated the use of hydroxychloroquine.

The list of studies and practical experience favoring the use of the drug early on in the treatment of COVID-19 is mounting and becoming more widely known, undermining the attempts of big pharma and Bill Gates’s vaccine organization Gavi to turn the global population into a captive market for overpriced vaccines and treatments.