Once again the Democrats have shown that for them, it’s all about posturing, appearances, and ‘what you say, not what you do.’

In their latest ritual as high priests of the virtue-signaling cult, Nancy Pelosi and her Democratic entourage ‘took a knee’ while blacking up by donning Ghanaian kente cloths during a press briefing. The bizarre Punch and Judy show was meant to profer the favor of the gods of vacuous posturing on the Dems’ new police reform bill.

The virtue signaling is off the charts… pic.twitter.com/HO8LWnqQoA

The opportunistic and dead-in-the-water bill is called the Justice in Policing Act. The ostensible idea is to hold law enforcement officers accountable for any brutality in which they may partake. The Dems have missed the Monday deadline, which they set themselves, to release the full text of the bill. In an alternate universe where the bill had a chance of getting through, Dems claim it would expose police officers to civil lawsuits, establish a national database of police abuse, and require body cameras for all officers in the field, among other measures.

Pelosi tore herself away from her $30,000 dollar fridges full of ice cream to decry white privilege and kneel with her colleagues for the exact number of seconds that George Floyd was pinned to the ground by a police officer. 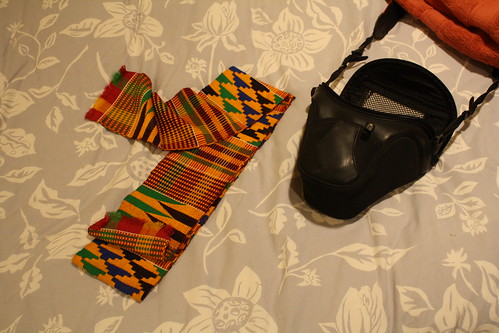 African Americans have had enough of the posturing

I had to say something about the American politicians shameless and ignorantly using the Kente fabric as a prop in their virtue signaling.

Pelosi and co. failed to realize that African Americans aren’t drinking the kool-aid that their cult of virtue signaling is selling. African Americans on Twitter raked the Democrats involved over the coals for insulting their intelligence and cultural appropriation. Democrats are now rethinking their plans to kneel while wearing conical straw hats to commemorate the Chinese victims of the coronavirus.
Acclaimed writer Obianuju Ekeocha tweeted via video that it’s time to stop virtue signaling by wearing African apparel in the halls of Congress.

“Don’t treat Africans like we’re children. These fabrics and these colorful things that we have within our culture and tradition, they all mean something to us. I know you look at us and you say, ‘Oh, Africans are so cute in all of your colorful dresses.’ Well, some of those dresses and patterns and colors and fabrics actually do mean something to us.”

Perhaps pairs of Fubu shoes would have been less divisive than the Ghanian cloth. As the Twitter backlash shows, African Americans are increasingly alienated by white liberal virtue signaling that has everything to do with projecting the righteousness of the white liberal while using minority communities as instruments to that end.

How is this not cultural appropriation? 😂 pic.twitter.com/2tU3O3wuLU