Last night’s vice-presidential debate most certainly has America talking the next day.

Both Pence and Harris went back and forth on a series of issues that are relevant in today’s world. While the vice president maintained a calm demeanor and stuck with facts, Harris regularly laughed, smirked, and made faces. 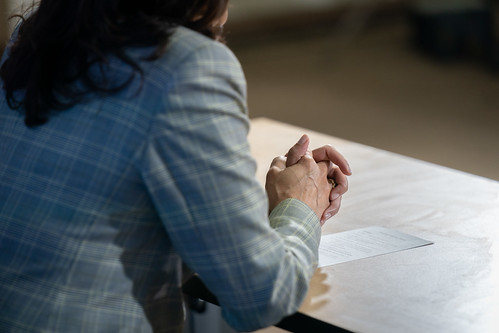 The California senator was additionally caught in multiple lies, one of which included the assertion that she and Biden don’t support a ban on fracking. Likewise, Pence called out his vice-presidential rival for her refusal to provide a direct answer on whether or not Democrats will pack the court if they somehow win the election.

Post-VP debate analysis is turning out to be quite interesting. One trending topic deals with the Commission on Presidential Debates’ decision to make the second presidential debate occur in a virtual format; however, the implications of what a potential Biden presidency would look like have also come up, reports Breitbart News.

The Backdoor Entry to a Harris Presidency

During a Fox Business interview this morning, President Trump weighed in on the vice presidential debate with a warning. Trump explained that electing Biden into office is tantamount to giving Kamala Harris a backdoor entry to the presidency.

Biden is not all there, noted the president, before describing Harris’ debate performance as “terrible” and “unlikeable” to Americans. Trump also noted that Harris is a total communist and even further to the left of the political spectrum than self-proclaimed socialist Bernie Sanders.

NEWS: President Trump on Fox Business this morning referring to Sen. Harris as a ‘monster’ more than once. pic.twitter.com/pvUwnfZvXg

Finally, the president explained that Biden wouldn’t last “two months” as commander-in-chief before being declared as unfit to serve. This would, in turn, lead to Harris assuming the position as president of the United States.

Before the conclusion of his Fox Business interview, Trump congratulated Pence for his debate performance, stating that the vice president “destroyed” Harris.

Moving Forward with the Election

Following last night’s debate performance, Vice President Pence will spend time in Arizona and Nevada. With the one and only vice-presidential debate out of the way, Pence is moving forward with the election and campaigning for four more years of President Trump in office.

Flora Westbrooks, is one of Vice President @Mike_Pence’s guest at the debate tonight.

Her salon was burned to the ground by Left-Wing rioters.

There is no excuse for what happened to George Floyd, but there is also no excuse for rioting and looting.#VPDebate pic.twitter.com/U2x9Mx7jM7

In light of the Commission on Presidential Debate’s alteration of the contest’s format, the Trump-Biden debate scheduled for the 15th may be gone. The president has stated that he won’t participate in a debate that isn’t in person; however, Trump may instead use the time to host a rally with supporters.

Do you think the Biden-Harris ticket is merely a backdoor way for Harris to ascend to the presidency? Let us know in the comments section below!