Last month, The McCloskeys got famous for brandishing weapons at protesters trespassing on their property in St. Louis. Patricia McCloskey has been charged with threatening the protesters with a live firearm. The only problem is that the gun she was waving was inoperable at the time of the incident. In an underhanded effort to make the charges stick, the St. Louis prosecutor’s office has conspired to get the city’s crime lab to make the handgun operable, local Missouri TV has reported. The weapon was confiscated after the incident despite Missouri law having a ‘castle doctrine’ on the books.

Missouri law also puts the burden on the government to prove a firearm that is used in a threat is “readily” capable of fatal harm before a conviction can be made. Local Circuit Attorney Kim Gardner charged Mark and Patricia McCloskey with the felony crime of unlawful use of a weapon. If convicted they face four years in jail.

This is an outrage—yet the rioters are let free from prison.

RT if the Governor should pardon IMMEDIATELY!

STL prosecutor Kim Gardner is engaged in a political prosecution

As AG I’m entering the case seeking a dismissal & defend all Missourians’ right to protect their lives/property pic.twitter.com/kQLXOAhFIz

Local news reports that Assistant Circuit Attorney Chris Hinckley ordered the St. Louis crime lab to disassemble Patricia’s handgun. During the process, they discovered that it was not in working order, it was completely incapable of firing a shot as assembled. Staff at the lab specializing in firearms reassembled the weapon and made it operational, ostensibly in order to test it, which they did.

The McCloskey’s attorney, Joel Schwartz, told local media that the McCloskeys had installed the handgun’s firing pin on purpose, to make the weapon inert.

Schwartz told reporters, “It’s disheartening to learn that a law enforcement agency altered evidence in order to prosecute an innocent member of the community.”

Following the incident, the couple has become heroes for all Americans who defend the 2nd Amendment. The prosecutor, Kim Gardner is funded by liberal puppet master George Soros. The Couple has also become celebrities, appearing on various news programs and has won the support of powerful people from the president to the governor of Missouri, who has suggested he will pardon them if they are convicted. 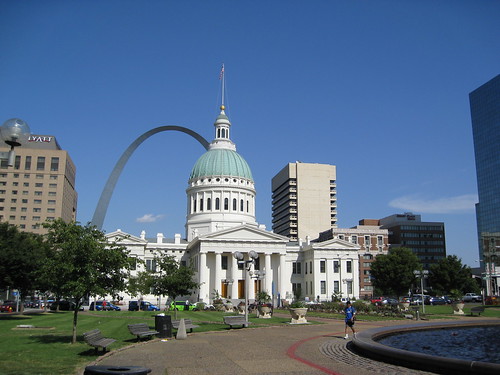 Missouri Attorney General Eric Schmitt, a Republican, has already formally requested that the case be dismissed.

As the nation’s economy hangs by a thread and unrest plagues many Democrat-run cities, Democrats are calling to emasculate law enforcement and attacking the 2nd Amendment, potentially leaving Americans few options in defending their lives and property.