Riots continue to break out across the nation for one reason or the other. Ultimately, the reasons boil down to left-wingers not getting their way and therefore deciding that ripping communities apart is within their rights.

As Americans continue to see, riots are happening in cities that are run by Democrats. Leftist leaders repeatedly refuse to act to stop riots; moreover, they’ve regularly rejected the federal government’s offers to intervene and restore safety to the community. 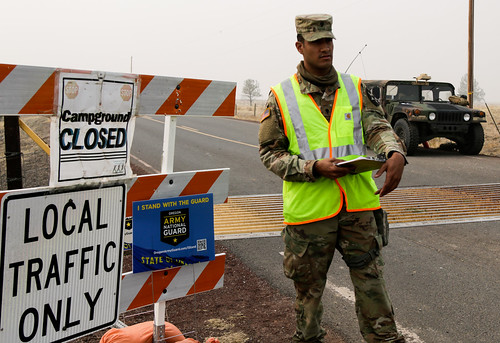 Last night in Portland, Oregon, riots took a particularly nasty turn, according to Breitbart News. Shocking videos of the mayhem, crime, and destruction rapidly appeared on social media as well.

What to Know About the Latest Riots in Portland

On Sunday, demonstrators broke into museums, ripped down statues, blocked traffic, spray-painted monuments, and clashed with law enforcement officers. To add insult to injury, the leftists participating in this behavior actually bragged about it online.

One of the statues to come down in Portland was of former U.S. President Abraham Lincoln. Rioters cheered and even tweeted about their happiness to see the iconic monument crash to the ground.

Statue being pulled down a bit ago, posted by this account, which seems to be Tracy Molina. https://t.co/h6xrGqOOtk #Portland pic.twitter.com/Z4vPsGdnht

At some point, at least some rioters realized the stupidity of engaging in criminal acts and then boasting about it online; however, certain Americans were one step ahead of them. Tweets bragging about the commission of lawlessness in Portland last night are archived and fully accessible for law enforcement and others to view.

Already, Democrats and their supporters are attempting to frame last night’s events as acts of “peaceful protest.”

Other Americans observing the destruction view the acts of mayhem and violence as anything but peaceful. Many businesses in Portland will now be forced to suffer the financial costs of repairing their shops after rioters broke into them, looted, busted windows, etc.

President Trump, on the other hand, has called for the rioters, looters, and other vandals to be incarcerated. Like other Americans, the president doesn’t believe that these types of criminal acts should go unpunished.

Riots have repeatedly broken out in Portland, Kenosha, and other leftist cities. Some business owners will never be able to recover from the damages; other Americans are wondering how much longer they’ll have to turn on the news and see cities literally going up in flames.

What did you think about last night’s display of riots, destruction, and anarchy in Portland? Let us know down below in the comments section.