The US Supreme Court has ruled in favor of the Trump administration’s push to prevent denied asylum-seekers the right to appeal their denial in federal court. The decision was made with a firm 7-2 vote. The decision mainly affects asylum seekers who have had their application denied early in the process.
The ruling determined that asylum-seekers, as non-citizens, do not have the right to habeas corpus. That means that they also do not have the right to appeal expedited deportations.

Thousands of foreigners who have illegally entered the country before applying for asylum will be affected. 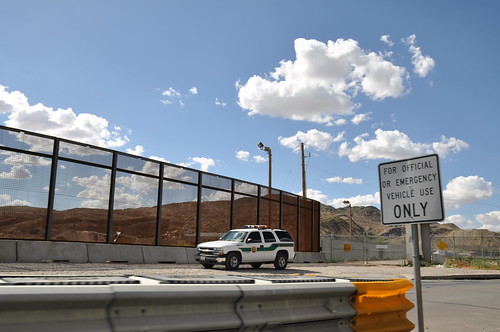 The plaintiff in the Supreme court case is Vijayakumar Thuraissigiam. He was arrested after illegally entering the USA by land into California. Upon arrest, Thuraissigiam claimed that his human rights had been violated by the Sri Lankan government and that he feared going back. The border officer responsible doubted that the fear was legitimate as Thuraissigiam offered no proof. The law requires asylum-seekers to offer proof that their lives are at risk at home due to their ethnic, religious, or political identity.

The current rules are designed to make the number of asylum cases manageable for the authorities by allowing them to deport some migrants immediately instead of keeping them in detention for extended periods. Illegals arrested within 100 miles of the border can be sent back to their countries within two weeks. They have no right to a lawyer, a hearing or appeal.

In a brief for the case, Lee Gelernt, a lawyer for the ACLU, wrote “The expedited removal process provides drastically truncated administrative procedures, and virtually no judicial review of purely legal claims, and even of claims that the removal would violate the Constitution.”

By a 7-2 ruling, the Supreme Court states President Trump can deport people seeking asylum w/out a hearing.
The 2 judges that voted against this were Obama appointees.
Need I say more?

Justice Alito has the opinion.

Solicitor General Noel Francisco petitioned to the court that ruling in favor of Thuraissigiam would be a step toward “undermining the government’s ability to control the border.”

The process of expedited removal is mainly intended for Mexican illegal immigrants. The process was not designed for asylum seekers. This gave Thuraissigiam the chance to ask an immigration judge to review the case, but the judge sided with the border officer. This inspired the ACLU to take on the case and pursue it up through the courts until the 9th Circuit Court of Appeals sided with Thuraissigiam.

Speaking for the ACLU, Gelernt claims 9,000 migrants have been denied asylum without the ability to appeal in the one year since the 9th Circuit’s ruling.