On Monday, the Supreme Court ruled that the Consumer Financial Protection Bureau is structured unconstitutionally. As a result, the president has the right to remove the head of the bureau.

The bureau is the creation of Elizabeth Warren. The Supreme Court’s ruling reduces its power, to the elation of business groups. Conservatives will regret that the court declined to shut down the bureau entirely. 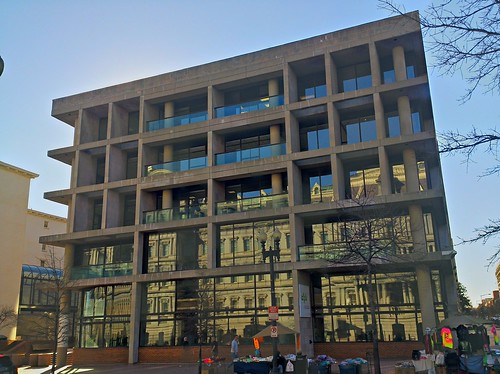 Chief Justices John Roberts wrote in the majority 5-4 opinion that “The agency may therefore continue to operate, but its Director, in light of our decision, must be removable by the President at will.”
The ruling found that having a sole director that can only be removed for ‘just cause’ contravened the constitutional separation of powers.

In 2016, Justice Brett Kavanaugh, then serving as a judge on the U.S. Court of Appeals for the District of Columbia Circuit, noted that the director of the CFPB was, except for the president, the “single most powerful official in the entire U.S. Government, at least when measured in terms of unilateral power.”

The case was brought before the Supreme court in October 2019 by the California-based law firm Seila Law. Seila is under investigation by the CPFB for “unlawful acts or practices in the advertising, marketing, or sale of debt relief services.” The Supreme Court’s ruling does not get Seila off the hook.

Elizabeth Warren announced that “Even after today’s ruling, the CFPB is still an independent agency. The director of that agency still works for the American people. Not Donald Trump. Not Congress. Not the banking industry. Nothing in the Supreme Court ruling changes that.”

#SCOTUS rules that structure of Consumer Financial Protection Bureau is unconstitutional because the agency is led by one director who can only be removed “for cause,” but leaves rest of statute creating the CFPB in place

The Chief Justice's CFPB opinion is not going to get nearly the attention it deserves given his far more visible concurrence in the abortion case.

But it's a very big deal for the separation of powers insofar as it makes it harder to have "independent" Executive Branch agencies.

Trumps own appointee to director of the CFPB, Kathy Kraninger, had noted that the management structure of the bureau was unconstitutional.

Kraninger welcomed the Supreme Court ruling saying “Today’s Supreme Court decision finally brings certainty to the operations of the Bureau. We will continue with our important mission of protecting consumers with no question that we are fully accountable to the President.”

The CFPB was set up by Congress as a component of the Dodd-Frank financial reform package. Its director is appointed by the president and confirmed by the Senate to serve a term of 5 years.

If a Democrat wins the presidential election in November, the ruling likely means that Kraninger will be fired next year. One thing the Demacrats will struggle to do, however, is restore the unconstitutional nature of the bureau that they created.