If you follow President Trump on Twitter, you know that he loves to point each time he fulfills one of his election promises, a mythical event for most politicians. Trump is the first president in a long to who hasn’t started an endless war. He campaigned as the candidate of law and order. While the Democrats cheerlead the riots that have swept the country, Under Trump, the FBI has opened 300 domestic terror investigations against professional anarchists organizing the riots.

BREAKING: Supreme Court lets work continue on President Trump’s border wall, rejecting calls to block some of the construction in a clash over the use of Pentagon funds to build the fencing. pic.twitter.com/wlvIj7HkdB

One of Trump’s key campaign promises was to build a wall along the southern border. Long ago, leftists used to decry offshoring, sending jobs to places like China, and labor dumping, bringing in waves of foreign workers to drive wages down. Today’s left has abandoned the worker for identity politics. George Soros and other World Economic Forum oligarchs, who profit from labor dumping, have funded leftist groups pushing for that shift. They want systemic racism and LBGT rights to dominate the headlines while waves of illegals pour across the border, driving down wages. That’s to say nothing of the crime those illegals bring.

Bought and paid for Democrats have done everything they can to stop Trump from stemming the flow of illegals. However, when they lost the 2016 election, they also lost the highest court in the nation.

The Supreme Court just ruled 5-4 to deny a request to halt the construction of Trump’s border wall over ‘environmental concerns.’

Last month, after losing in a lower court, an activist group won a case in a federal appeals court to stop the wall to protect jaguars and wolves. However, the group’s own literature describes it as a “xenophobic border wall,” drawing their true motivations into question.

There are an estimated 14 million illegals in the USA. It wouldn’t matter whether they were Nicaraguan, Nigerian, or Norwegian, the effects of labor dumping on wages would be the same.

Legal battles over the border wall expected to continue 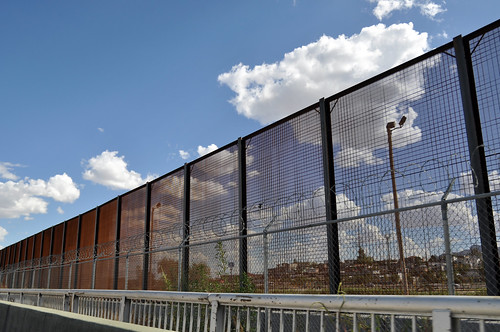 The Supreme Court found that the president has the right to protect the nation’s borders. The border wall, often more of a fence, incorporates passages designed to accommodate migratory animals.

The Democratic group that brought forth the case has vowed to continue their fight.

Over the last four years, the Trump administration has built hundreds of miles of border fencing, with a focus on high-traffic areas used by ‘coyote’ human traffickers, smugglers, and other criminals. Trump has pledged that, if re-elected, he will double his efforts to secure the southern border.