Retired Lieutenant Colonel Allen West, recently elected as chairman of the Texas Republican Party, has publicly said what so many are thinking about Black Lives Matter while speaking to Matt Boyle on Breitbart News Tonight.

“The Democrats have created Frankenstein’s monster, and that monster is out there roaming the countryside and bringing about destruction. If the Democrat Party was smart, they would have gotten control of the far left, the progressive socialist left — Antifa, Black Lives Matter, which is nothing more than a Marxist front organization.”

BLM REMAINS SILENT – "The trick of the Progressive Socialist Left is that they have been able to name an organization that puts everyone on defense when that is not the true intent of the organization," @AllenWest tells Newsmax TV https://t.co/VlT7z8v2lm pic.twitter.com/zKMgok7sWU

West: Dems will be held hostage by BLM

Democrats: The new Texas Republican Chairman is a certified racist!

He continued, “The fact that they are allowing these organizations to dominate the narrative [is] showing themselves to be who they are, such as we saw in the CHAZ or the autonomous zone up there in Seattle. Americans want to be safe. Americans want to be secure. And here in Texas, we don’t want to all of a sudden see a pallet of bricks being dropped off at a suburban area for Antifa and others to come pick up and do their nefarious activities.”

West went on to say that the Democrats “are not condemning this violence that we see on our streets. They are part of it. They are complicit with it, and they will be made to [own] the consequences and the punishment for their reticence and their recalcitrance.” 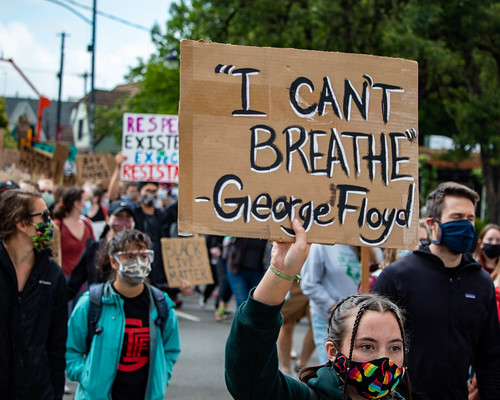 West set off the alarm bells over the charges against Mark and Patricia McCloskey, the St. Louis couple charged for brandishing firearms to protect their home from an angry mob. The charges are contrary to Missouri’s castle doctrine. West warned that debacles like the charges against the couple could happen in Texas if Democrats win in the state.

He said, “Look at what is playing out in St. Louis, where the mob comes in, storms the gates of a private community, goes in and starts to assail, threaten, and initiate threats of violence against private property owners, and now the leftist mayor of St. Louis and also the city attorney brought charges against the McCloskeys for brandishing a weapon.”

West went on, speaking of the McCloskeys, “Without charging with a crime, they went into their home with a police warrant and took Mr. McCloskey’s weapon. That’s what could happen even in a place like the state of Texas, with the leftists that control Dallas, Austin, Houston, San Antonio, El Paso to some extent, and all the way down into the Rio Grande Valley.”